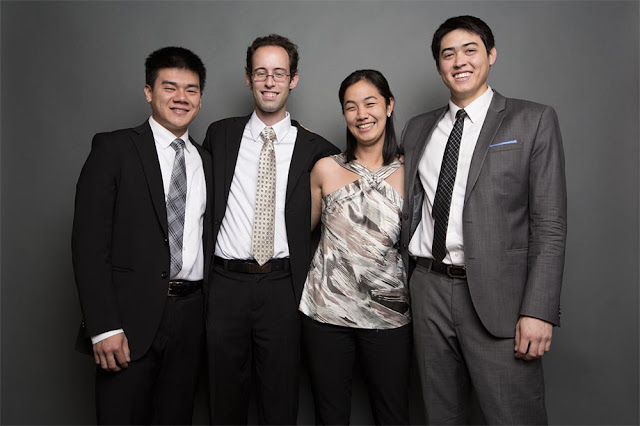 Mozart's String Quartet No 16 in E-flat, one of the Haydn quartets, and

Schubert's Death and the Maiden Quartet.

As an encore they played a movement by Benjamin Britten.  Such incredibly passionate playing I cannot think I have ever heard.  It is wonderful to think there are still young people who feel such emotion for Mozart and Schubert.  These are familiar works played with unfamiliar enthusiasm.  Viva.
Posted by Dr.B at 6:54 PM