All in one photo 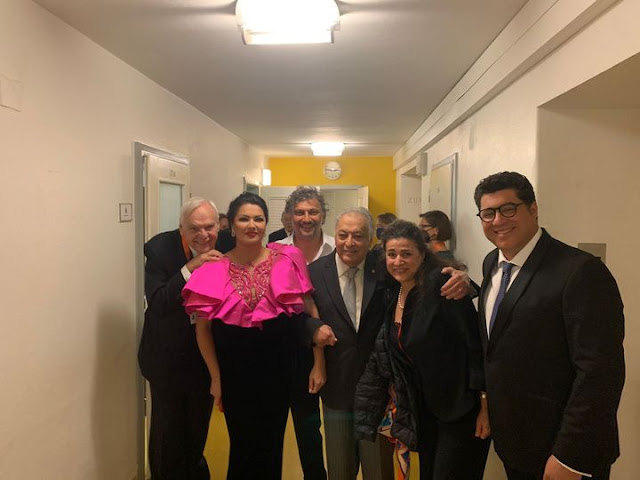 This is from May in Salzburg and shows all of my long time opera loves in one photo.  They were also all in the same performance of Tosca.  Is it a coincidence that they are the most beautiful people in opera?  I think not.

This is just so you don't imagine I have forgotten. 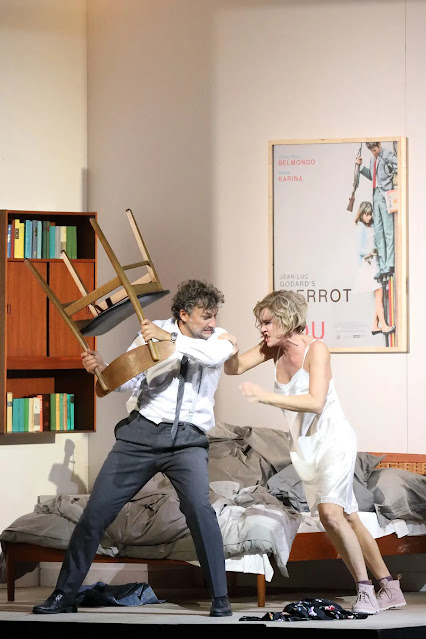 This performance of Erich Wolfgang Korngold's Die tote Stadt, 2019, finally came to me from the Bayerische Staatsoper in Munich.  I've been wishing for it.  It's a reminder that the current management disappears in the fall of 2021.  Goodbye to Petrenko.

We begin with Paul returning home where he has been away.  He removes sheets covering the furniture and throws everything to Brigitta.  Paul's young wife has recently died, and he has become obsessed with another young woman who looks like his dead wife.  Paul appears to be a screamer role.  I love Jonas but prefer him not screaming.  When he's not screaming, Jonas is glorious.  You know that.  He's a wonderful singer and actor with spectacular diction and a fabulous legato.  The rotating stage set seems to work well.

A blond woman comes in on a bicycle.  She enters the house through the window.  He appears to have invited her for dinner since the table is set.  She puts on one of his wife's dresses, and he calls her Marie.  She reminds him that her name is Marietta.  They sing Mariettas Lied.  It's very beautiful and intense.  It's Jonas.  What else would it be?  I like the production a lot so far.  [My favorite]

Very quickly we move to a flashback with a bald woman who must be his wife who died, and she must have died of cancer.  What a fast change, for this is also Marlis Petersen.  No hair, bare feet, hospital gown.

At the beginning of Act II we see Brigitta in a nun's uniform with other nuns.  She says this is her life now.  Marietta is having fun with a group of friends.  Paul drags her away and initiates sex.  Marlis Petersen may be just the right singing actress for her role.  She wears the unfeminine shoes throughout, except when she's barefoot, to protect her feet in this very athletic role.  The plot becomes confused, especially for me whose copy has no titles.

In Act III we still have the rotating building, but in each act the configuration has changed. A chorus of children appears and disappears without explanation.  And here we have Marie and Marietta in the same scene.  Then there are a crowd of bald Maries.  I have a feeling this is brilliant.  Jonas is having such a great career.  Both of these roles are bears.  That's reason enough not to perform it.  She's dancing around in his dead wife's wig, and he strangles her with it.  "Now you're just like her."  Just when we think she's dead, she comes out, gets on her bicycle and rides away.  I think I love it.

We return to the beginning with the return of Brigitta and Fritz.  Marietta returns for her roses.  Paul burns stuff including Marie's wig.  This is the best part of the regie.  Marie wore a wig because of her cancer treatments.  Jonas sings Marietta's Lied, and there is still ein Auferstehen.  I'm so glad I returned to see this.

Music in Time of Covid19

Audiences are returning.  Houses are opening.  Perhaps now is the time to discuss this.  What was it like?  We all watched what pickings there were on our computers at home where we were the only audience.  We had some categories.

Recitals without any audience.

The Metropolitan Opera put on a whole series of recitals by their stars from venues in Europe.

This particular format worked pretty well for me.  It feels more intimate than a normal live recital.  I particularly enjoyed the one where Lise talks to the audience.  It is important to understand that the Bayerische Staatsoper continues their funding from the state of Bayern throughout the pandemic.  Peter Gelb is working with donations.

Concerts without any audience

I haven't felt that this worked quite as well, though the concerts were good.  In these performances without audience it is difficult to distinguish between a performance and a rehearsal.  The performers wear their performance attire.  That's the only clue.  I enjoy watching rehearsals.

Concert versions of operas without audience

Fully staged operas without an audience.

There are rather more of these than I would have predicted.  These seem to be almost entirely from Germany and Austria.  There is one snuck in from Italy.
Fidelio from Theater an der Wien.  This is the production with the giant staircase.
La Boheme from ROH with Michael Fabiano.
Mozart's Cosi fan tutte from the Salzburg Festival.  The Salzburg Festival managed not to cancel their entire season by retaining two opera performances.  This seemed to be roughly comparable to a normal opera streaming.
Elektra from Salzburg.  This is the second opera retained for the Salzburg Festival.  The relatively small casts seemed to be key.  The lack of chorus reduces the danger.
Die Entführung aus dem Serail from Vienna with Lisette Oropesa.  In this production each singer has a speaking partner in their role.  Lisette was amazing, but the action was confusing.
Die Vögel [The Birds], 1920, by Walter Braunfels from the Bayerische Staatsoper.  This is a new Opera for me, so I cannot compare it with anything.
La Boheme is streaming live from the Bayerische  Staatsoper.  This was done without all the crowds that appear in the cafe, and I liked it better.  Who cares about them anyway?
Werther from the Wiener Staatsoper with Piotr Beczala.  I didn't feel that the pandemic conditions negatively impacted the performance.  It was very serious and intense.
Tosca from Vienna with Anna Netrebko.  Not my favorite Tosca.
Heggie's Three Decembers from San Jose Opera.  This is a new opera for me.  It felt like a normal performance and was successful.  Susan Graham is always wonderful.
Donizetti's Linda di Chamounix from Firenze.  This is a new opera for me.  People wore masks on stage, just not the soloists.  I was glad to at last see this opera.
Weber's Der Freischütz from the Bayerische Staatsoper.  This was regie which takes a lot of the fun out of it.  As a modern American, I might prefer not to see guns on the stage.  Better this than no Freischutz.
Aida from Paris.  This is the puppet show Aida.  Since people are no longer allowed to make up as black Africans, puppets were used for those characters, and the singers stayed in their normal makeup.  Egyptians did not have puppets, only Etheopians.  I don't see the point.  I only looked at the singers.

Die Walküre from the Bayerische Staatsoper.  Jonas Kaufmann and Lise Davidsen presented Act I of Die Walküre before a reduced audience. A small audience appears to be the preferred retransition to normal.  The performers seemed happy to see faces again.  It made me happy to see them happy.
I apologize for the frequency of references to the Norwegian soprano.  She's been busier than most.
Posted by Dr.B at 12:56 PM No comments: 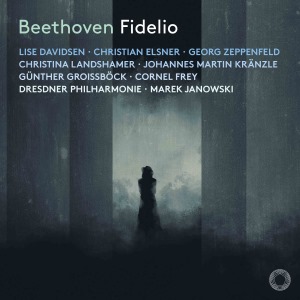 This recording of Beethoven's Fidelio with Lise Davidsen is to be released on July 16.  On my side expectations are high.  Her intelligence has caused me to feel humble.

Three sopranos, Sondra Radvanovsky, Keri Alkema and Lise Davidsen, talk about being opera singers.  It's an hour long and lots of fun.  They say sweet things and laugh.  Lise is awesome even to Sondra, who is pretty awesome herself.  You have figured out already that I love Lise.  Well, after this I only love her more.  She is a great lady. 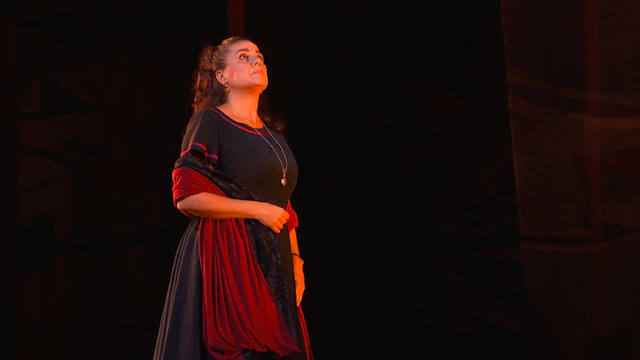 I just watched a film called "Cecilia Bartoli and Friends" on Medici TV.  It's lovely.

I was 53 when I went mad for her, and I'm 80 now.  I have traveled 7 times to see her since I started blogging and, of course, more times before that.  I've seen her in Zurich, Berkeley, New York, Washington, Escondido, Paris, London, Munich and finally Salzburg for Norma.  I recognized some of the cities in the film.

I always feel great pride that I went instantly mad for this 27 year old phenomenon.  Think of all she has done and continues to do in music.  Her creativity is boundless.  Husband Oliver Widmer and her mother appear on screen but don't speak. 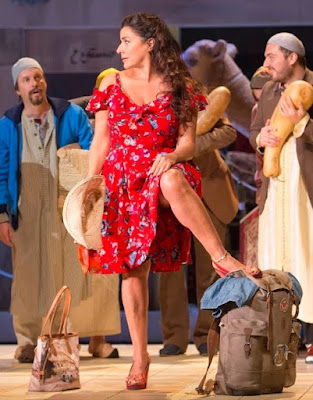 After all these years of not singing at the Vienna State Opera, Cecilia Bartoli is finally making her debut in not one but two operas.  Next summer she will sing Rossini's La Cenerentola followed shortly by his L'Italiana in Algerie.

This film serves a number of functions.