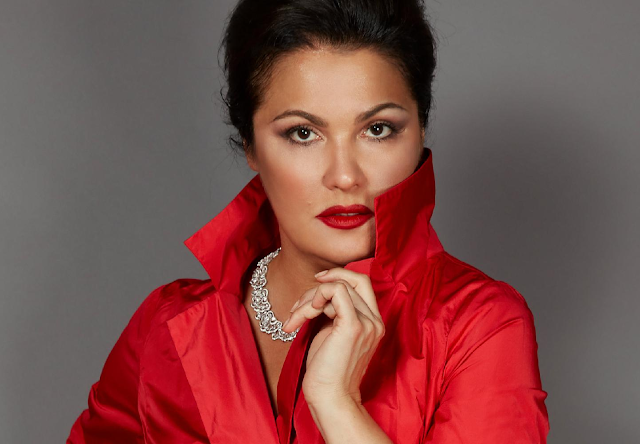 “Uzh vecher … Oblakov pomerknuli kraya” From Tchaikovsky’s The Queen of Spades  (duet with Elena Maximova)  [Once upon a time I was the alto in this duet.]

“The clouds begin to scatter,” Op. 42, No. 3 By Nikolai Rimsky-Korsakov

“Songs my mother taught me” from Gypsy Songs By Antonín Dvořák

This is Anna Netrebko's Met recital from Vienna.  They talk a lot about her career at the Met, but my first time with Anna was at the San Francisco Opera in Glinka's Ruslan and Lyudmila in 1995.  This was during the reign of Lotfi Mansouri who brought the production, conductor and cast from Russia for us.  Of course, Anna was the person we noticed most.  We've all been fans ever since.

She is accompanied by pianist Pavel Nebolsin and is joined in 2 duets with Elena Maximova.  This was hosted by Christine Goerke.

Anna performed this recital as only Anna would.  It was a lot of fun seeing her stroll around and dramatize each song.  The Russian songs are her specialty.  I am a long time fan and look forward to future performances.  It is good to remember that Anna had covid last year.