Fidelio from the Royal Opera 👍🏻

I found access to Beethoven's Fidelio from the Royal Opera Covent Garden in March of this this year.  Look on Opera on Video.  This was supposed to include Jonas Kaufmann, but he dropped out.  This was early in the pandemic and he caught it.  Remember, I first saw him in Fidelio in Zurich.

The overture is staged, and if you pay attention you will see Lise appear dressed as a woman.  I didn't realize Lise Davidsen was so tall.  The guys are her size, which makes her believable as a man.  She makes this performance.  Her rendition of the big aria gives me shivers.  The staging is a distraction.

In modern day stagings operas that come with spoken dialog frequently get their dialog rewritten to suit the director's whim.  That has happened here.  Marzelline learns the truth about Fidelio much sooner than usual.  For me the worst offense was the Fidelio from Salzburg where there were sound effects instead of talk.  At least they say understandable things.

Marzelline has a black eye in this production.  Jaquino seems always angry, so perhaps he has punched her.  There's no hint that they will get back together.

Our Florestan is chained to a rock in a well lit room where he is surrounded by men and women watching him.  He expects to meet Leonore in heaven.  I imagine that Jonas would have been rather different.  The staging of the ending is badly muddled.  There is no scene change before the celebration. When they sing "O namenlose Freude," you feel it. Marzelline shoots Pizarro.

This is a great role for Lise.  She should sing it all over.

I have copied my previous review of this performance shown again from the San Francisco Opera.  I find that I liked seeing the closeups. 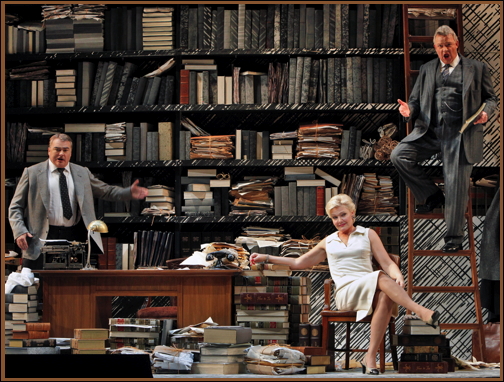 I am embarrassed to confess that this opening of The Makropulos Case at the San Francisco Opera in 2010 was my first experience of the opera.  Everyone asked me where was I when so and so did it?  I have no excuse.  The series of performances was dedicated to Sir Charles Mackerras, the father of modern Janáček performance.

For me the joy is in the new; new productions, new operas, new singers, and occasionally new conductors.  Seeing repeats of performances I saw when they were new doesn't excite me.  Perhaps this comes from too good a memory.  I have nothing new to say about these old performances.  I still hope you are enjoying them.
Posted by Dr.B at 5:28 PM No comments:


Stéphanie d'Oustrac is one of my more recent interests.
Posted by Dr.B at 11:55 AM No comments:

La Bohème from the Royal Opera 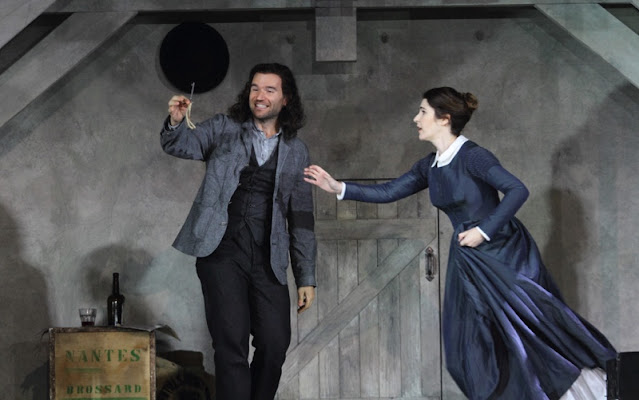 Mimì: Nicole Car
Rodolfo: Michael Fabiano
Marcello: Mariusz Kwiecień
Musetta: Simona Mihai
This performance of Puccini's La Bohème is from July 3, 2020, from the Royal Opera Covent Garden.  You may watch it until 7/17.

I was very much engaged with this performance mostly because of the sweet sincerity of Nicole Car as Mimi.  This isn't an opera that I have a lot to say about, but she is special.

It was nice to see Mariusz Kwiecień looking and singing well.
Posted by Dr.B at 7:55 PM No comments: 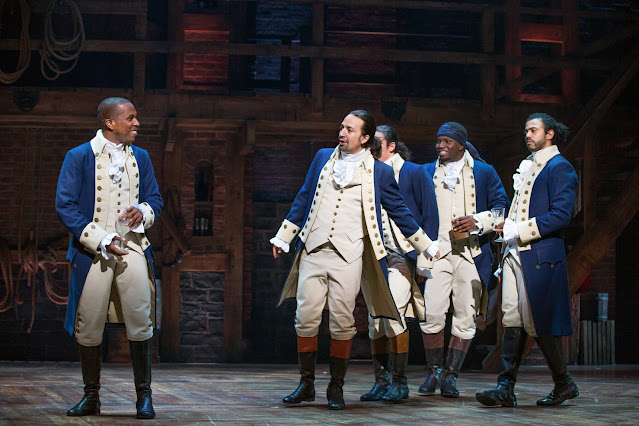 I am watching the Disney+ version of Hamilton, 2020.  This is not a movie of a musical like The King and I, but rather a movie of a live performance of the musical.  You are there.  The guys above are the USA founding fathers.  The guy on the left is Aaron Burr and next is Alexander Hamilton.  They are in their uniforms for the revolutionary war.  No wigs, and certainly no racial makeup.  Each actor looks like they would look on the street.

The plot runs from when Hamilton is studying law and runs through the duel where he dies.

Lin-Manuel Miranda both created this and plays the main character.  The content is astounding, but it goes by so fast that some plot points are lost.  My version doesn't include text.  The quality of the reproduction is excellent.  I have another copy but it's the usual too loud orchestra and fuzzy diction.  The Disney+ version is much better.

I can see the attraction.  It may be the most American thing that ever existed.  It's an opera because there's almost no talking.  Constant singing is opera.  Rap replaces recitative.  I don't know if I will ever feel the urge to see it again, but if you are American, you will need this.  I don't know what other people make of it.

Burr knows he will be remembered only as the man who killed Alexander Hamilton.

Lisette and the Jewel Song

It's been quite a while since I went mad for a singer, but Lisette Oropesa is definitely worth it.
Posted by Dr.B at 8:09 PM No comments: 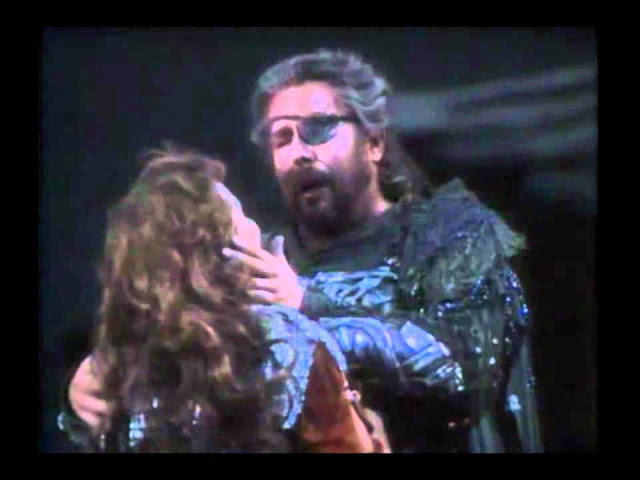 This performance of Wagner's Die Walküre streamed today from the Metropolitan Opera, played at the Met on April 8, 1989.  One forgets.  James Morris is the most intensely emotional Wotan that ever existed.  Everyone is wonderful.  Hildegard Behrens indeed seems like a goddess.  Gary Lakes has that true Heldentenor sound and pairs well with the ever great Jessye Norman.  Who could top Christa Ludwig, and I actually recognized Kurt Moll under all that makeup.

I liked the set for not distracting from these magnificent singing actors.  All was as it should be.

One forgets.  One forgets that in his prime James Levine was truly a great conductor.  Why he wanted to go on past even merely competent we will never know.

One forgets that this is the greatest Wagner performance ever assembled, that James Morris towers over Wotan like a true god.  Thank you for the reminder.

There has been some controversy about Johann Sebastian Bach's Matthäus-Passion, claiming that it is anti-Semitic and should never be performed.

In my time in school my teacher John Lewis was a great lover of Bach, so as I result I sang everything:  St Matthew, St John, Christmas Oratorio, Magnificat, B minor Mass, and misc. cantatas.  The "Erbarme dich" from St Matthew is my favorite Bach aria.  It is important to notice that this aria begs the Lord to forgive ME!  The loss of this work from our repertoire would for me be the most terrible tragedy.

There are two types of texts in the Passions:  Invented poems found in the arias and choruses, and actual Biblical texts from the translation by Martin Luther.  The Roman Catholic Church used only the Latin Bible.  The Evangelist, Jesus and others speak what to Christians is the sacred word of God.  Except for Pilate and his guys, everyone in the story is a Jew including Jesus, Judas, Peter, etc.  Jesus has just processed into Jerusalem and been hailed as the Messiah.  My theory is that the priests of the temple saw Jesus as competition.  It's politics, not religion.  So the anti-Semitic parts come entirely from the New Testament.

Calling this, the greatest of all Christian musical religious works, evil is not something I could accept.  Should we translate it into Latin?  I've been feeling flabbergasted.  America is founded on freedom of religion, and this feels to me a bit like book burning.