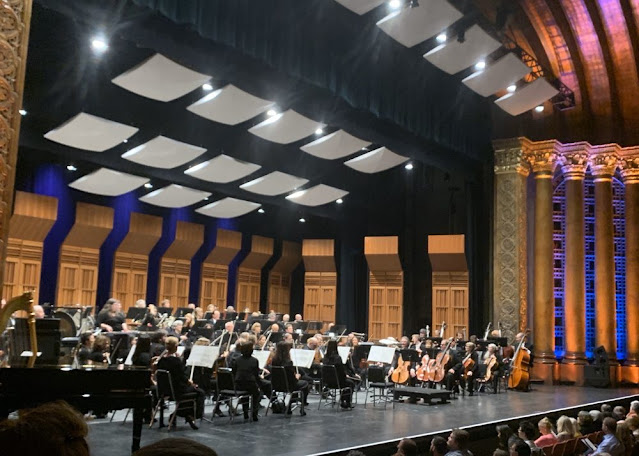 Sacramento Philharmonic & Opera opened their 2021-2022 season last night in the Memorial Auditorium.  This venue was chosen because it is one of the few places with a built in pipe organ, and they wanted to feature the Organ Symphony by Camille Saint-Saëns.  The rest of the program also included organ. 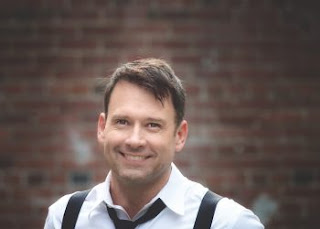 The conductor for the performance was Robert Moody, 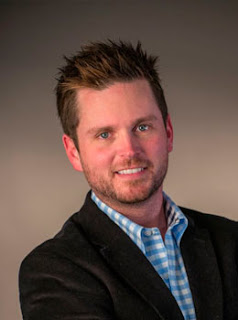 and the organist was James Jones.

Originally the program was set to include Barber's Adagio for Strings in an arrangement for organ, but the organ itself is being repaired and would not play the piece.  Short pieces for organ were substituted.

Next was Edward Elgar's (1857-1934) Enigma Variations (1899). One source says there are 14 variations.  This information would have made sense to include in the program.  Some but not all of the variations included organ for a different sound.

To end the program we enjoyed the Organ Symphony by Camille Saint-Saëns (1835-1921).  I liked the sound of this piece much better than the previous one.  Memorial Auditorium is not an ideal space for classical concerts due to the acoustics.  Towards the end of this piece the organ began to boom in.  I was disappointed that we had to wait so long for this loud booming sound.  All in all it was enjoyable.  Welcome back.

Red Dog also has a wide selection|a broad variety} of desk video games with a number of} choices. There's also a devoted blackjack part and a stay on line casino from Visionary iGaming when you make an account on the on line casino. The body added that digital currencies are one feature that may make on-line 토토사이트 gambling particularly vulnerable to money laundering. The European Commission has raised the risk level for money laundering in on-line gambling to its highest potential rating, and called for decrease thresholds for due diligence checks to forestall legal activity.