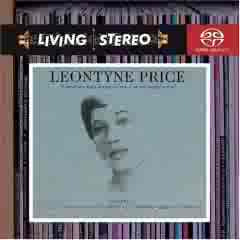 I grew up on the blue album, listened to it probably more than anything else. The name comes from the cover--a medium blue with an abstract outline of the artist's face. The blue album is a collection of Verdi and Puccini arias which in its incarnation as a record had Verdi on one side and Puccini on the other.

To begin here tends to set ones standards absurdly, artificially high. Forever after I thought anyone should be able to do that gorgeous open, almost raw sound, that unbelievably fat middle tone, those awesome high notes. Anyone should be able to hit a high C and spin it back to a pianissimo. Right? How hard can it be?

And that perfect, fluid phrasing, that perfection of ornamentation, that flawless instinct for scooping and sliding in Verdi, that must be a dime a dozen. Must be.

And that reckless intensity, that daring passion, there must be hundreds of those.

But no one who could approach this ever came again. For Bellini it's Callas, but for Verdi there is no one who ever could touch the one and only, never to be seen again Leontyne Price. Herbert von Karajan said that her singing gave him goose bumps. Yes.
#ad