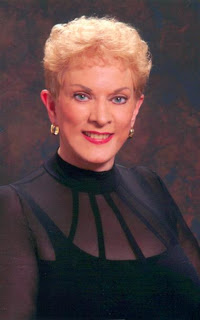 2006 was the 50th anniversary of the Sac State Little Theater, called little because a big theater was planned to go next to it that never came to be. They added an orchestra pit to the little theater and called it a day. It's called something else now.

My own career at Sac State was very close to the beginning of these 50 years. What a rude awakening. My first year there was also the year of Janis Martin. The next year she decided that the academic route was not the path for her and went on to other things. Even then she was an out-sized individual, someone whose talents far exceeded the ordinary.

The college produced The King and I that year, and Janis played Lady Thiang, the head wife who sings "Something Wonderful." There was a crisis in the performances I attended--the woman who played Anna had severe laryngitis. The show went on with Mrs. Larson, the director's wife, reading the dialog from the pit, and Janis singing her songs while continuing to play her own part.

Anna in the spotlight lip-synched her role, and only if you thought to look would you see Janis kneeling at the back of the stage and singing. How they managed Anna's extended "your servant" monologue, part sung, part spoken, I cannot even imagine. The entire performance was seamless and completely believable.

This was a predictor of things to come for Janis who was always very self-assured and aware. In her Adler Fellow (of course they were not called that since Adler himself was still the Impresario) years at San Francisco she notably filled in as Abigaille in Verdi's Nabucco on about 24 hour's notice.

Later that year at Sac State we appeared together in Purcell's Dido and Aeneas, Janis as Dido and myself as the spirit who appears to Aeneas to tell him he must leave Carthage. She performed the role of prompter when the baritone forgot his "Tonight," all to no avail since he still didn't sing it. Oh well. I went on without him.

She was a heavy mezzo then with a beautiful heavy tone. Later when she lived in Germany she became a dramatic soprano and sang Tosca, the Countess, Sieglinde and those types of roles. For me her radio broadcast from the Met as Sieglinde was her most beautiful performance. Janis missed only the emotional / musical spark of genius to become a truly great singer. You may count this as bitchy if you want.

While she was part of the company in Berlin in the 70's, I went to visit Janis in her dressing room. I was making the audition rounds, and she advised me that I should have come sooner, that the really good times for foreign singers had passed. Still, it was fun seeing her. Next to her on the dressing table she had a stack of 20DM notes to hand out to the dressers. She enjoyed the attention from the backstage staff in German theaters and let them know.