Cross-Dressing in the Movies 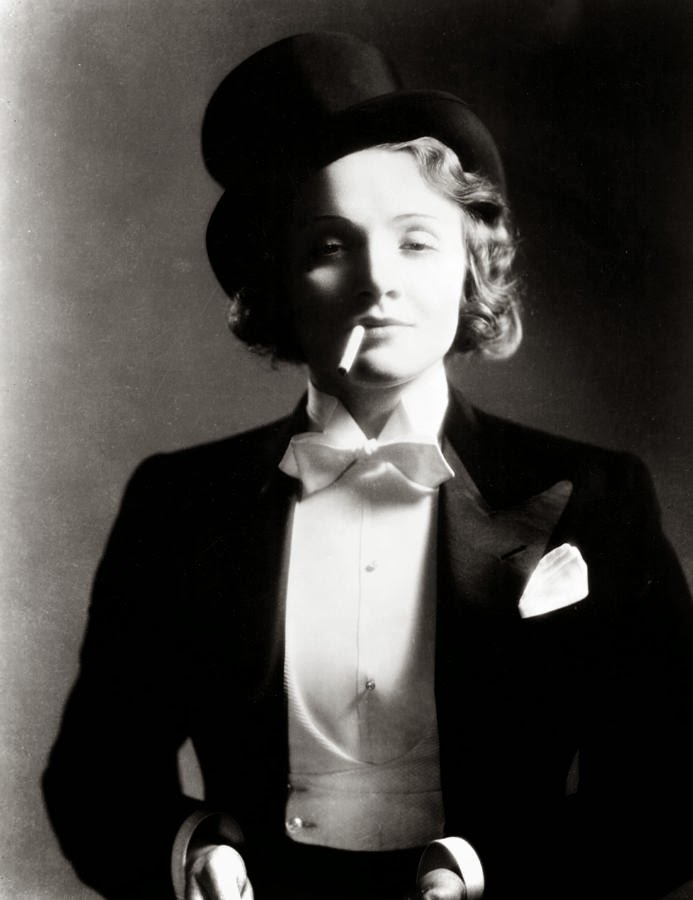 Often in the movies a character of one gender dresses up as the other, such as here where we see Marlene Dietrich in Morocco.  Her character in the movie is female.  In this disguise she kisses one of the women in the audience. 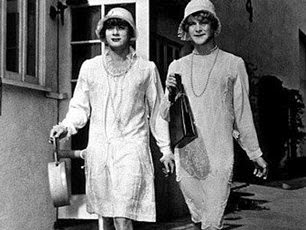 In Some Like it Hot two guys, played by Tony Curtis and Jack Lemmon, are pretending to be women.  Everyone in the audience knows they are not really women, and part of the joke is deciding how well or badly they have managed it. 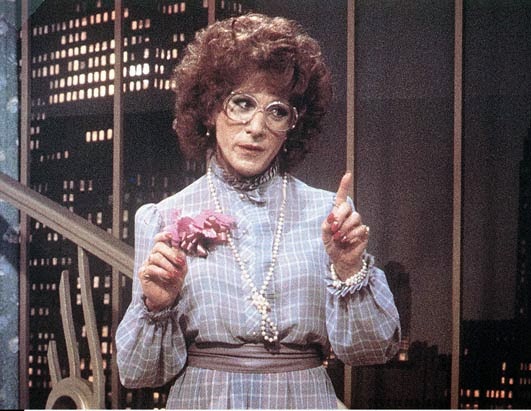 In Tootsie Dustin Hoffman pretends to be a woman.  We know that he is actually a man.  A common motive for cross-dressing is to get a job.  The general consensus was that he was badly disguised. 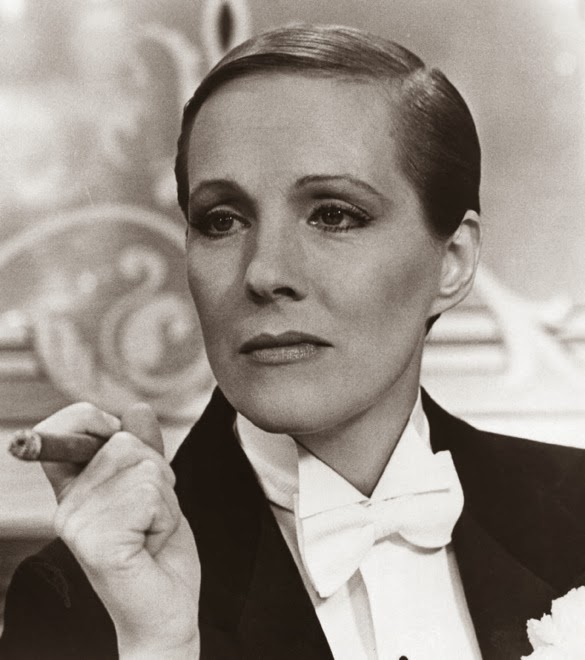 That is also Julie Andrews' motive in Victor Victoria.  We didn't buy her either. 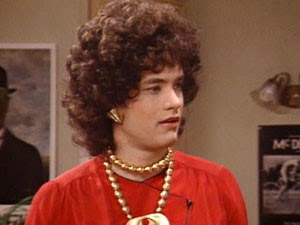 Tom Hanks did it in Bosom Buddies to get a room in a women only hotel.  For some reason we believed this. 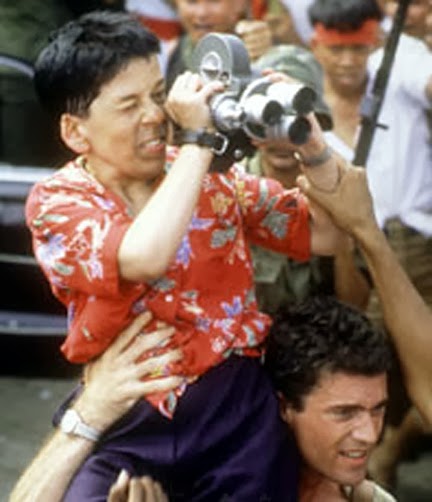 But if you didn't read about it in advance, you might not have known that the male character Billy Kwan in The Year of Living Dangerously was played by a woman, Linda Hunt, currently of NCIS Los Angeles.  I suppose this is the only case I can think of that parallels operatic cross-dressing.  The singer in an opera is supposed to be the other gender and not just pretending to be.

I especially loved this movie because of the scene where the older man (Linda) introduces the younger man (Mel Gibson) to the joys of the Strauss Four Last Songs.  I believe if memory serves, that the version was Kiri te Kanawa. 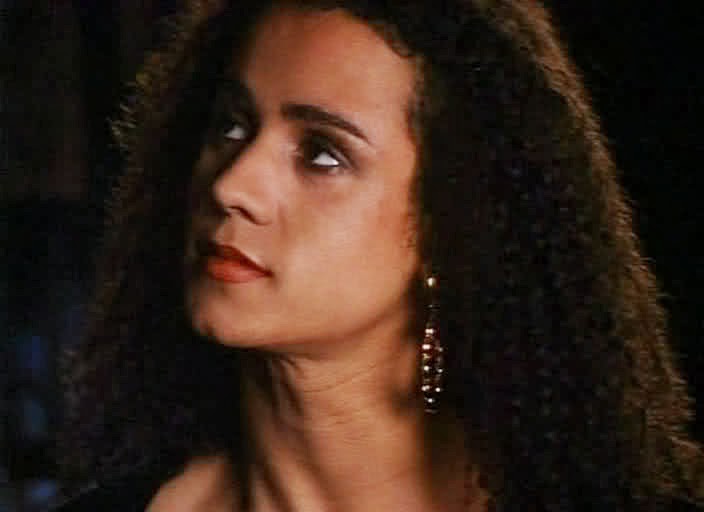 The Crying Game was a special case.   Everyone I knew did a fabulous job of keeping the secret that Dil was actually a guy.  If you knew, it spoiled the joke.  He takes a man home with him and we get to find out together with the man on the screen that his plumbing is not really female.

This is based on an item in Entertainment Weekly.  I used different pictures, but the idea is the same.  No one thinks anything of cross-dressing when it's a joke.