The Los Angeles Opera has also made a season announcement, and it includes a couple of interesting items. 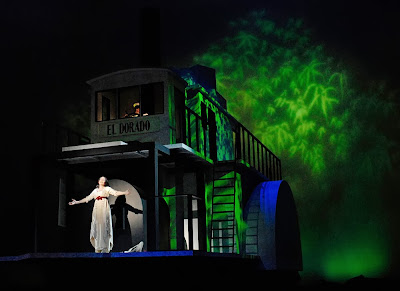 I might think it was worth a trip to LA to see Florencia en el Amazonas by Daniel Catán which is part of the 2014-15 season.  I liked very much his Il Postino.  I liked especially the way he composed for voices.  Lisette Oropesa is in this.  She's everywhere these days. Francesca Zambello is doing the production. She is also everywhere.

And when did you ever see a Figaro Trilogy?  The order from Beaumarchais is The Barber of Seville, The Marriage of Figaro, The Ghosts of Versailles.  What an incredible idea.  There isn't a lot of information about this, but it doesn't play until Feb-Mar in the 2014-15 season.  Ghosts will star Patricia Racette and Patti LuPone.  File it away in your brain somewhere.  They're not doing them like a Ring Cycle, unfortunately.
Posted by Dr.B at 7:35 PM