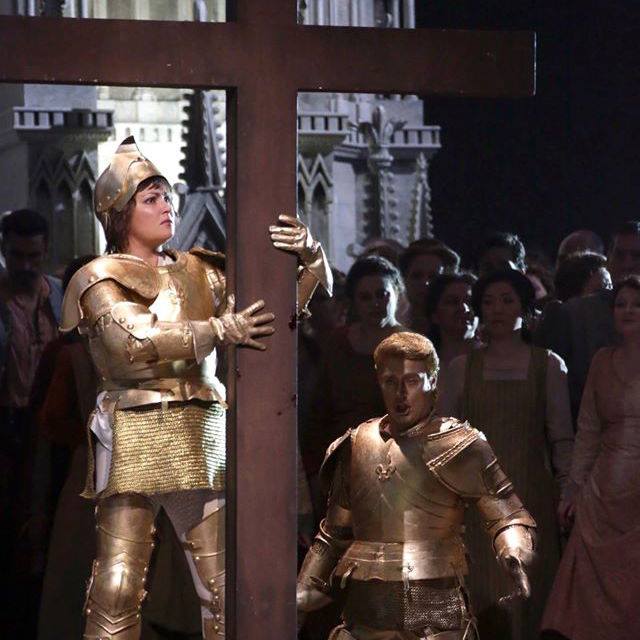 It is interesting to see what composers and playwrights have made of Joan of Arc, known since 1920 as Saint Joan.

These are the ones I can think of.  Two are operas, one is an oratorio and two are plays.  Bernard Shaw's play is long and wordy and concerns itself only with Joan's trial where it is endlessly debated whether she is saint or sinner.

Jeanne d'Arc au bûcher (Joan of Arc at the stake) is a giant flash back while she burns.  The play by Schiller is the basis for at least one of the operas and maybe a bit of the other.

Joan of Arc was a real person.  She grew up in a small village of French loyalists, surrounded by Burgundians who were affiliated with the English who then ruled large parts of France.  (She lived in the time of the Burgundian music school.  Their political affiliation with the English explains this English sounding music.)  All of her fame came during her teens.  She was visited by visions of saints who told her to save France.  As only a teenager could manage, she simply went off and did this.  She must have been incredibly charismatic and sure of herself.  She didn't carry arms into battle but instead waved a banner, inspiring the French army to its greatest triumphs in the war with the English.  She led them to Rheims where her king was crowned in the place where all French kings were crowned.  She was injured and eventually captured by the enemy.  I think it's probably not known what they argued about at her trial.  At 19 she was burned at the stake.

Did she actually see visions from heaven?  In 1920 the answer was yes.

War is not very easy to enact on the opera stage, I guess.  So one of our Joan of Arc operas adds a romance.  Ambiguity of purpose would not have served our charismatic teenager.  Her achievements would have required fanaticism.

Anna Netrebko is interviewed between the acts of Verdi's Giovana d’Arco and points out what a ridiculous plot it has.  "Nonsense," is the exact word.  For instance, her father, who does not come up in the story, is a significant figure here.  He whines and complains.  Come home where you belong.  Prove you are still a virgin.  The energy of the drama concerns itself with Joan's departure from social norms for women.  Who cares?

So in this production we have a Joan of Arc who would like to save France but her father keeps her imprisoned in her room.  So she imagines that she has saved France instead.  Why not?  It makes as much sense as the libretto.  I love Meli in his all gold outfit, like a statue with a gold horse.  I also love Netrebko in her gold armor.  In France it is Joan who appears on statues on a gold horse.

You would want this opera for the Netrebko, for Meli and for the good early Verdi music.  Netrebko carried it off, as usual.  I liked the part where she cuts off her own hair.  Jesus appears with his cross which he gives to Joan.  I imagine the real Joan to be more like Katniss. 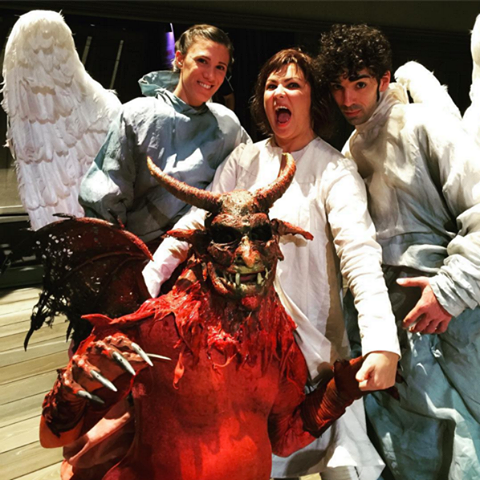 If you don't mind the German titles, try here.
#ad