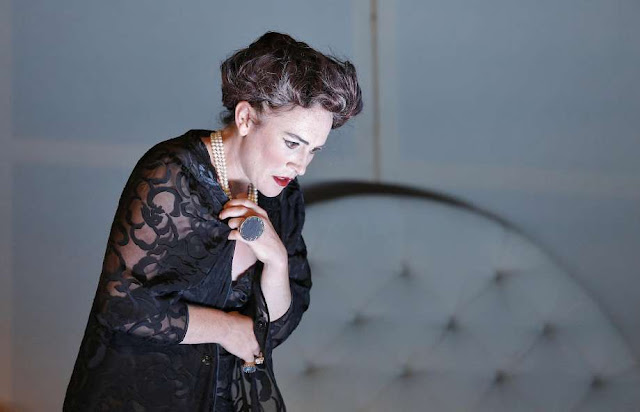 One of the operas for the summer festival of  West Edge Opera is Thomas Adès' Powder her Face, a purportedly biographical opera about Margaret Campbell, Duchess of Argyll. The composer waited until her death in 1993 to dig up all this old dirt--the opera dates from 1995.  Perhaps it's necessary to be British to fully enjoy this.  Everyone but the duchess had very light blond hair.

I don't think I would want to see this opera again, but I'm sort of a fuddy-duddy.