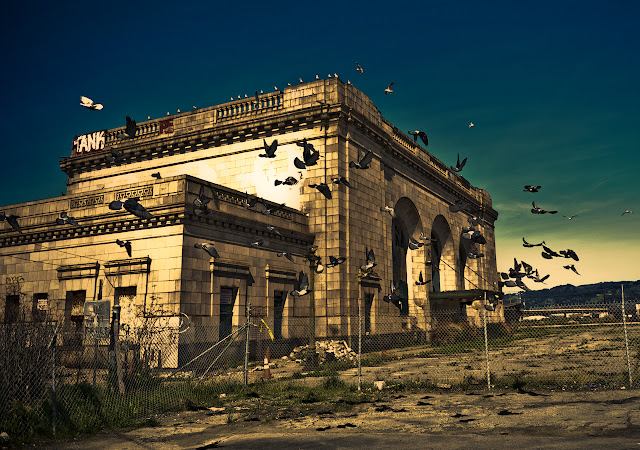 Not to worry.  The abandoned train station in Oakland where West Edge Opera holds their performances has been fixed up some.  I just liked the picture.

West Edge Opera has already announced their season for 2017.  As usual, it will consist of three operas from three opera periods.

Hamlet, 1868, by Ambroise Thomas.  This opera comes with two possible endings:  tragic and happy.  In English speaking countries you will usually see the tragic ending.  Emma McNairy will sing Ophelie.

The Chastity Tree or L'arbore di Diana, 1797, by Vicente Martín y Soler.  The exciting feature of this selection is that the libretto is by Lorenzo da Ponte.  The composer is a Spanish contemporary of Mozart.

Frankenstein or The Modern Prometheus, 1990, by Libby Larsen.  I must make a correction.  The program says that this is being presented in recognition of the 100th anniversary of Mary Shelley's novel, but the correct statement is the 200th anniversary, since the novel was first published in 1818.

For serious opera freaks we love them because they rarely dip into the top 50.  Only Hamlet is an opera that I have seen before.
Posted by Dr.B at 11:26 AM

Hamlet contains one of the three greatest drinking songs in opera, with the other two coming in Verdi's "Otello" and Meyerbeer's "Les Huguenots."