I am currently watching the 43rd Annual Festival of New American Music at Sac State.  Normally I would drive over the bridge and go inside, but this year it is a virtual festival.  Probably the artists aren't even in town.

It began with a Gala Concert featuring Hub New Music, Lara Downes and Loadbang.  I think the way this festival works is a member of the faculty is assigned to organize it, and then the artists reflect that person's taste.  They are trying to feature female composers. 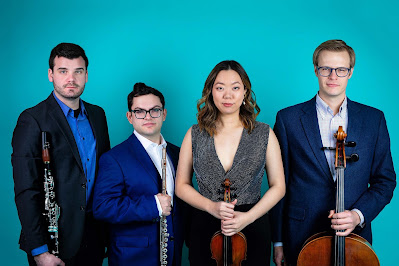 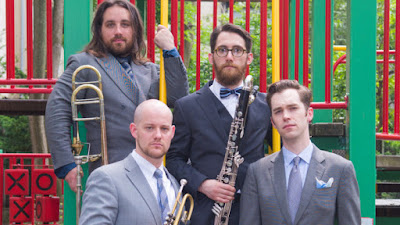 Next loadbang reappeared.  This is a wind ensemble featureing Andy Kozar, trumpet; William Lang, trombone; Adrián Sandí, bass clarinet; and Jeffrey Gavett, baritone voice.  For me this ensemble is a little strange.  Maybe I'm just out of touch.  The baritone behaves like just another wind instrument and basically just makes sounds.

You can see from the dates of the pieces listed that this music is indeed very new.  Perhaps it is too new for my old ears.  Loadbang appeared again on Wednesday afternoon to present a program of pieces by students at Sac State 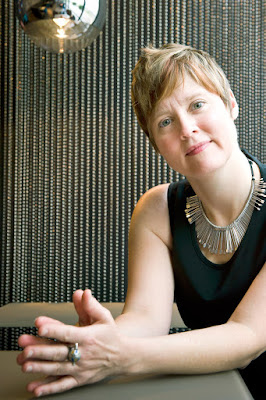 Tony Arnold, soprano will perform this evening.  Her repertoire is not quite as exotic as the other performers.  There are men, and I've actually heard of these people.  I will report additional information after I've heard this.  No accompanist is listed, so we will see.  And what we see is her singing alone.

Carlos Sánchez-Gutiérrez (b. 1964):  ChanceForest Interludes(2015)  Short vocal pieces, each dramatized.  It's in English.  Each small piece has a literary quote to introduce it.

Luciano Berio (1925–2003):  Sequenza III(1966)  This has words though they are not understandable.  She calls herself Screamer, but when she screams her face turns red.

Kaija Saariaho(b. 1952):  Lonh(1996)  This is very much accompanied, both instrumentally and vocally.  The text is in English and is about love from a distance.  I'm going to guess that it is in anticipation of L'Amour de Loin, her opera which came 4 years later.  I'm enjoying this the most.  Saariaho is a wonderful composer.

This was all astoundingly amusing.