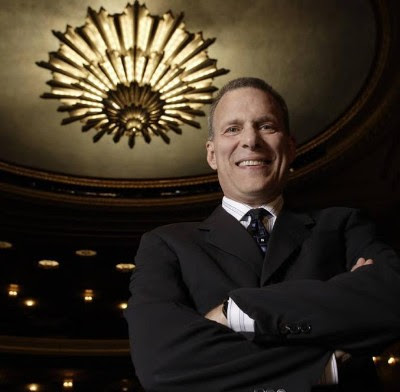 The San Francisco Opera was very lucky to get David Gockley when he was stolen away from Houston Grand Opera in 2005. He succeeded the hugely controversial Pamela Rosenberg.  While she herself was American, her opera was distinctly European in flavor.  David is home grown.

A lot of things changed.

Immediately Pamela's hated logo, the word opera seen through a gash, was replaced by an asterisk that strongly resembles the ceiling fixture of the War Memorial Opera House.

After Pamela's virtually star free tenure, he promised us:
This is an amazing record.  I should add here great singers who appeared under his leadership but were not in the original promised list:  Joyce DiDonato, Placido Domingo, Matthew Polenzani, Javier Camarena, Sondra Radvanovsky, Nina Stemme, Piotr Beczala, Mariusz Kwiecien, Ewa Podleś, etc.

The most controversial part of his tenure was his relationship to his musical director Donald Runnicles.  Gockley is a much more hands on Intendant than Rosenberg or perhaps even Mansouri before her.  Gockley likes to be very much involved in casting, and their were rumors that Runnicles felt he was moving into his territory.  The musical director isn't just in charge of the orchestra.  I have always felt that he was responsible for all the musical success or failure of a company.

I'm going to express my own opinions here.  Donald Runnicles is a very great conductor, but his greatness lies in German repertoire.  When Gockley presented his Ring, it was Runnicles who magnificently conducted it.  However, he did nothing to diminish the Verdi Curse which I have long identified.  For years it was practically guaranteed that any Verdi performance would be terrible.  Now under Nicola Luisotti, who began his tenure as Musical Director in 2009, that is behind us.  His Italian repertoire is top drawer.  Gockley gets credit for this.

Another of his gifts is the presenting of new operas.  During his tenure he premiered:


Curiously I have reviewed all of these.  I especially loved Bonesetter, but I'm not sure any of these operas rises to greatness.  His influence seems to be in the direction of the ordinary.  Appomattox is being reworked in Washington to bring it more plot.

His record with new operas must be contrasted with that of Lotfi Mansouri who introduced Susa's  The Dangerous Liaisons, Wallace's Harvey Milk, Previn's A Streetcar Named Desire, Heggie's Dead Man Walking, and Adams' The Death of Klinghoffer.  This is a very distinguished set of new operas.  Each of them pushes on the boundaries.

In general it seems to me that David Gockley knows the opera world extremely well and knows how voices are to be paired with repertoire.  He recently fired someone because they were bad.  When did you hear that before?

It will be hard to replace him when his tenure ends in 2016, but the rumors for his replacement sound pretty good.

As a wish for the future, I would like to see a renewal of the days of Kurt Herbert Adler when significant European singers made their American debuts in San Francisco.  We could start with Maria Agresta.

I wish prosperity and long life to the San Francisco Opera.
Posted by Dr.B at 12:44 AM