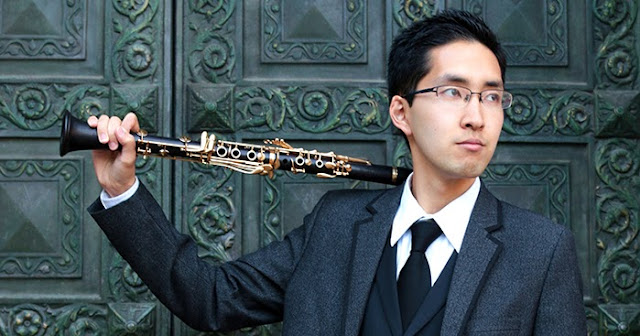 On his tour as the winner of the Mu Phi Epsilon Foundation Performance Award clarinetist Katsuya Yuasa stopped by our local university for a recital, along with his accompanist Sakurako Kanemitsu.  He is both a skilled and an entertaining musician.

I was most interested in the chosen repertoire which went back only as far as 1899.

I found that our performer's enthusiasm for performing along with his skill made this a very pleasing recital. Good luck in the future.