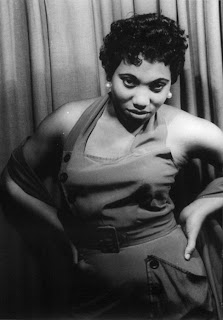 The program of selections from the Met broadcasts over the last 30 years finally played on my local PBS station. I didn't know this was coming--I had expected to see it before I went to London (so have they been pledging the entire time I was gone?)-- and caught only the last sections. The honored selection was Leontyne Price singing "O patria mia" in her farewell performance at the Met. She not only sang Aida, she occupied and personified her. The role, and especially this aria, lives in our hearts in her voice. Renée Fleming hosted and said she whole heartedly agreed with this selection. To hear Leontyne sing this in her prime you will need the Blue Album. The late performance is more poignant. "Never again" takes on a whole new meaning here.

Renée has identified a career for herself should she decide to retire from singing. She is a terrific interviewer and announcer and a great promoter for opera.

Anna Netrebko's mad scene from I Puritani was in the list of selections. I liked it again. I like this kind of phrased coloratura more than the extremely precise versions. Even Cecilia slurs more in this style.
Posted by Dr.B at 10:26 AM

Email ThisBlogThis!Share to TwitterShare to FacebookShare to Pinterest
Labels: About Phrasing, Review Television