I spend a lot of time going to art exhibits. In London now are shows about King Tut at the O2 arena, a nice collection of pictures from Siena at the National Gallery, Millais at the Tate Britain, and some Italians from the Queen's collection. 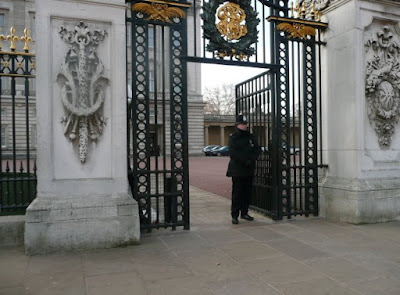 The Queen has a terrific collection, including two Caravaggios which I picked out. This is the guard at Buckingham Palace.

I'm going to see men from China on Saturday.

I am taking lots of pictures, mainly of things I'm not allowed to eat. 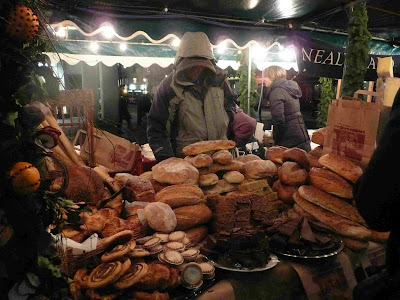 This is a booth at Covent Garden. I especially like this picture. 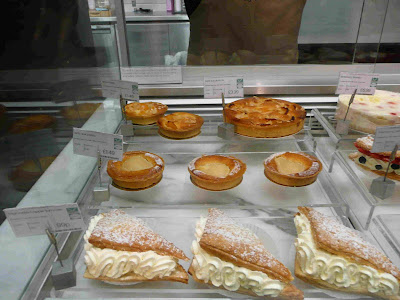 This picture was taken while the woman in M&S explained that pictures were not allowed. 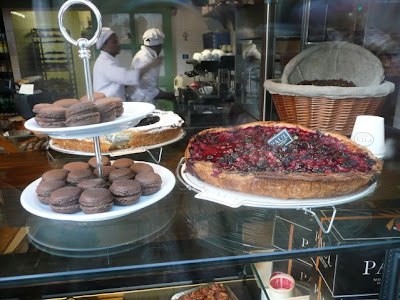 This is a shop near St. Paul's.

These are waffles at the Covent Garden Market. 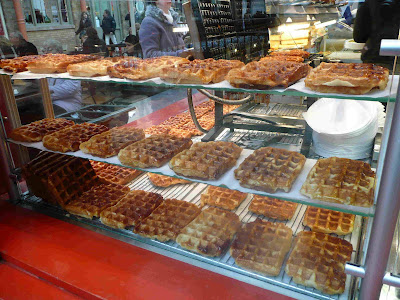 I just want to say I enjoy reading your blog. Unfortunately, I am an opera neophyte & really can't add much. I do have about 15 opera DVDs--mostly Zurich Opera, have read a handful of books and go to an ocassional music school opera or Met broadcast. Just because you don't have a lot of comments does not mean that people do not value your efforts. Thank you, Richard

It helps me focus my thoughts if I remind myself that I could have a teaching function.
I love the Zurich Opera and always enjoy my trips there.