I am enjoying very much the new copy of Opera News featuring an article titled "Opera's Next Wave."  I am surprised to see that there are a lot of familiar faces in this list.  I'm going to talk a bit about the ones I know. 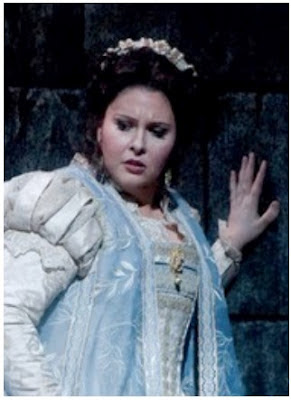 I saw soprano Angela Meade in Ernani in HD last season.  Their take on her is about the same as mine.  She has a fabulous niche voice--spinto with agility.  For me to go mad over her she's going to have to get the musical parts of her work to a highly polished state in order to compensate for her lack of charisma.  The Met isn't searching primarily for charisma, but I think maybe I am. 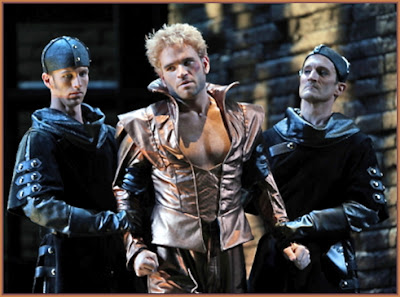 I saw tenor Michael Fabiano in Lucrezia Borgia at the San Francisco Opera last fall where he played Gennaro, Renée Fleming's son in the opera.  Michael was good but was hampered by the fact that the tenor doesn't really get to do tenory things in this opera. 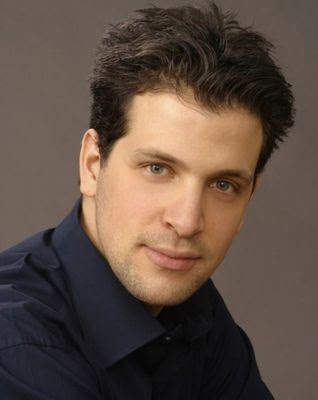 I am already a fan of the very sexy Italian bass-baritone Luca Pisaroni.  As Leporello, he stole Don Giovanni from the Don of Mariusz Kwiecien.  He was also adorable in his very weird makeup for The Enchanted Island.  I'm going to Santa Fe in a few weeks where he will sing the title character in Maometto II.  He actually wants to sing this so much that he suggested the opera to the Santa Fe Opera.  I'm starting to get excited. 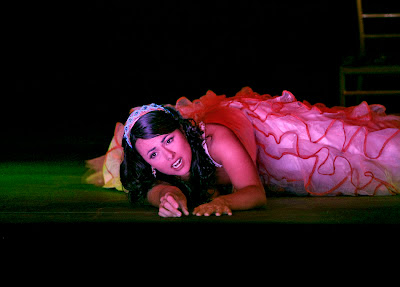 Mezzo-soprano Isabel Leonard completely stole the show for me last summer in Griselda at the Santa Fe Opera. 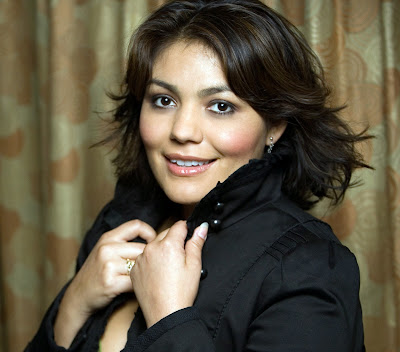 I have already traveled to see soprano Ailyn Pérez in La Bohème at the LA Opera. This was because I liked her so much in Faust at the Santa Fe Opera last summer.  She's gorgeous, charismatic and has a beautiful voice.  Unfortunately she doesn't seem to fall into my path any time soon.  David Gockley!!  Are you listening? 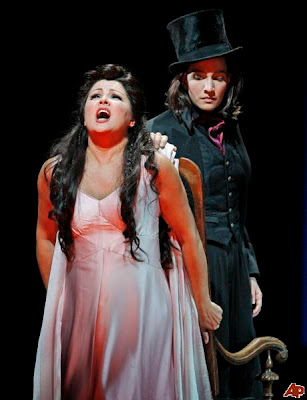 Mezzo-soprano Kate Lindsey is the person in the top hat standing behind Anna Netrebko in the Met HD of Tales of Hoffmann where she played Nicklausse, Hoffmann's muse.  Nicklausse is rather a trans-gender individual who hovers around all of Hoffmann's loves and basically destroys them.  Kate Lindsey completely transformed this character into the lead.  I have also seen her in Don Giovanni in Santa Fe.  She is what I would call a singing actress and a definite candidate for sexiest in drag. 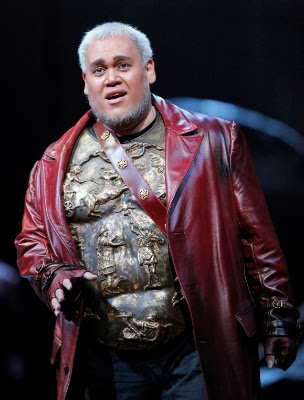 I saw baritone Quinn Kelsey in 2009 in Il Trovatore in San Francisco and then again earlier this month in Attila.  I detected significant growth, both in his command of his voice and in his presence on the stage in his second Verdi character.  He already has a classical Grammy listing for Mahler 8 with the San Francisco Symphony.  I was very impressed and hope to see him again soon. 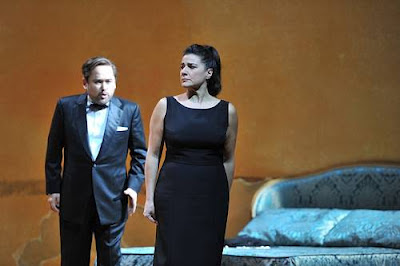 This is tenor Javier Camarena whom I saw in Otello.  Maybe I should post all of them behind someone else, someone more famous today.  I have also seen him as Elvino in La Sonnambula in Paris with Natalie Dessay.  That makes him a bel canto tenor, and a very nice one, too.  I should find him a better picture.  If you ever read this blog, you will know that I have a perverse sense of humor.

I am surprised to see how many out of their list of singers I have already seen.  There were no violent disagreements.  I did not write about tenor Alek Shrader, soprano Latonia Moore or soprano Eglise Gutiérrez because I haven't seen them.  Forgive me.  Anthony Roth Costanzo I have seen, but he is a countertenor. I also did not write about conductors, composers, etc.  Read the article yourself.
Posted by Dr.B at 9:34 PM