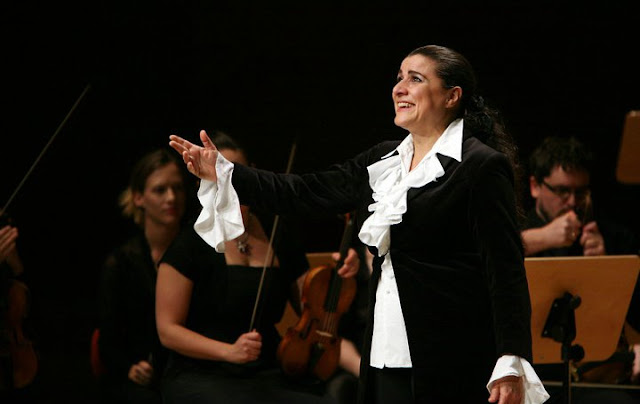 These are the parts with Cecilia Bartoli.  She wore a green dress for the first two arias and the pants outfit shown above for the second two.

The rest of the concert was Rameau, Dvorak and Brahms, a very unusual and therefore pleasing group of pieces.  Except for "Lascia la spina", of course, I had not heard her perform the other arias before.  Some very cute games were played with an oboist, and then in the encore with the oboist and a trumpeter.
Posted by Dr.B at 2:57 PM