The ABCs of the Wagnerian singer 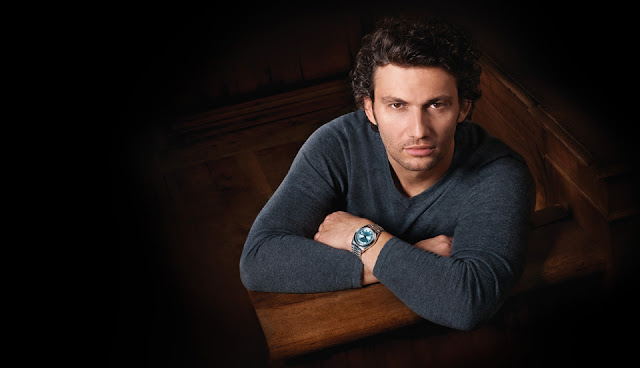 The ABCs of the Wagnerian singer

The tenor JONAS KAUFMANN in conversation with our reporter MORITZ VON USLAR compiled what is important for Wagner today. Strict alphabetical order, from top A to Z for cigarette


A-,the high
For tenors usually the high C is the summit, with Wagner it is the A. The Heldentenor who has a wide and strong voice, is not necessarily a knight of the high C. To reach a note in your room does not mean that you can also sing it on stage. A high A is applied immediately to Lohengrin, from the Gralserzählung to the magical "Elsa, I love you."

B-elcanto
One thinks immediately of Bellini, the pioneer of bel canto, and not of Wagner: Should you, however, Wagner was a great admirer of Bellini! And he preached the bel canto - Bel canto literally: beautiful singing. There should be a softness, warmth, beauty of sound. Where Wagner writes for singer and orchestra piano or pianissimo, you have to try that. I understand myself, especially in the Wagner Fach, also as a bel canto singer.

C-Ds
The big studio recordings are from the fifties and sixties. Today, for cost reasons these are no longer produced. A drama? No. Is it a shame? Of course. Today's generation of singers doesn't have the same opportunities as those days.

D- eutsche, das
First of all: I am a German. It makes a difference if you already as a three year old at home have heard Wagner or not. On the other hand, the German has in Wagner always a bitter aftertaste: the abuses of the "Third Reich" simply cannot be forgotten.

E-ule
The wonderful traditional inn on the market place in Bayreuth! Since 1876, the founding year of the festival, the hard core of Wagnerians meet there after the performance. If you want, the signed artist portraits that adorn the walls, read something like a crisis of Wagner singing: Since 1960 is hardly a new singer picture added. Do I hang in the Eule? I do not know.

F-orte
The audience in Lohengrin always notices only the loud parts - the old Wagner song. He writes as often piano and pianissimo! Wagner is famous for his fortes and underestimated for his piani. For this reason I address directly the quiet parts in Lohengrin: the "dove" in the Gralserzählung and in " Mein lieber Schwan."

G-ralserzählung
A mysterious text! In my interpretation, there is here a shift: from anger and accusation to shame, depression and despair. Lohengrin knows he is himself to blame. In the love duet he has brought his feelings into it, has pushed and bragged that he wanted to take this woman necessarily for himself. Now he regrets that he cannot lead the people to war, but he especially regrets that he must leave Elsa. It is not a heroic piece. The sadness makes the Grail narration so fragile.

H-eldentenor [heroic tenor]
Wagner's operas are populated by heroes: Siegfried, Tristan, Lohengrin. Today the immaculate image of the hero doesn't interests us, but the broken do. Siegmund, the epitome of the warrior and fighter, when he appears in the Walküre before Hunding's hut, is utterly at the end. When he is suddenly so weak and languishing, it says to the women: wonderful. Wagner has always been interested in the people in his heroes.

I-talianità
Since we have to speak of Lohengrin once more: this is Wagner's most Italian opera. Here all the melodies are sweeter, softer, mistier, until the choruses enter. Even Verdi said: His Wagner is Lohengrin. I've been listening to a lot of Wagner recordings in Italian and French. How much these Italianatà changed the piece! A Lohengrin, sung in Italian, sounds like an Italian opera.

J-oseph Alois Tichatscheck
The tenor who sang in Wagner's lifetime: He reportedly had unearthly vocal force. To the master himself will Tichatschek have said. "Dear Richard, the Tannhauser I sing to you, two times a day." Tichatschek, so goes a thesis, led Wagner to overestimate the performance capabilities of his singers, and after Rienzi and Tannhäuser he wrote a few parts that are considered unsingable.

K-onsonanten
A difficult chapter. Commonly it is said: The clearer, harder, more spit out the consonants, the better you understand the text. Foreigners are drilled to spit the consonants, for that is typically German. By no means! A consonant may of course not be swallowed. But: The more real the vowel, the more easily the ear expands the consonants. If I have only the consonants, then this is just a "Wrzlpfrmpf": spit and pigeon noises [Gespucke and Gegurre]. But Wagner wished that his text bubbled on his harmonies. So beware of the consonants!

L-auritz Melchior
The tenor legend of the last century, his " Wälse "-calls in the Walküre (live for 15 seconds!) are unmatched. Is he good as a model? The Dane is said to have carried the nickname "The Singing sofa." Sure, the acting requirements for a singer in his time were not as high as today. Then people would tolerate just fine him standing motionless on the stage when he sang. Today it would no longer be accepted.

M-essa di voce
This refers to the healthy mix of vocal color, therefore, the voice that alternates between chest voice and head voice, the correct placement in order to let the sound rise and fall. In Wagner singing it is of great importance, especially in the recitative passages.

N-ever should you ask me
The famous question ban in Lohengrin. I want to put it simply: Everything that is forbidden, is particularly irritating. For Elsa it must be quite a shock: She has this man, who enters for her innocence, desires and fantasizes, she was sure that he would save her. And now the Swan Knight stands in front of her and says, "That you do not ask me where I come from!"

O sink hernieder, Nacht der Liebe
The love duet in the second act of Tristan. In the third act comes the actual vocal overstrain: incredibly deep, psychologically phenomenally interesting but hardly endurable. The tenor has to sing 50 minutes at a stretch. There is no break. The crux: The Tristan must have both, the steely, resilient voice for the third act - and the softness of the love duet.

P-iano
The contrast with the forte. And only a real piano lets a forte really shine. Wagner is, against all rumors, a composer of quiet passages.

Q-ual, süße [sweet agony]
A typical text-paradox. In Wagner, the brilliant word creator, it means: the anticipation of the highest happiness between the state "no longer" and "not yet". The search for redemption. The music is often associated with neither major nor minor.

R-efflux
A typical singer disease. Cause is stress and wrong eating habits, especially the so-called hernia. In singing the diaphragm is used heavily. It pushes itself down, squeezes the stomach and intestines: The lungs should be given as much space as possible to the column of air that forms between the larynx and diaphragm, to hold as long as possible and to produce the greatest possible sound. This constant down-pressing causes the gastric outlet located between the diaphragm to push up. This in turn hinders the circular muscle that closes down the esophagus to the stomach. Heartburn arises. It can be operated on, but in the long term does nothing. I have an osteopath, who pushes my stomach back into place. This is painful, but it helps.

S-ängerdämmerung
The old complaint is that no useful Wagnerian tenors any longer exist. So, I do not know. If you read reviews of the supposed glory days, it says there already: We have no more great voices. The period in which the opera was a street sweeper has passed. [?] Before the advent of cinema and television opera singers were treated like Hollywood stars. What I find much more important: through the strengthening of the orchestral sound we are experiencing a shift in occupations. The former Mozart singer is the Rossini singer of today, the former Verdi singer is the Mozart singer of today, the earlier Wagner singer is the Verdi singer of today. What, then, for heaven's sake, the Wagner singer of today? Not the vocal capacity constraints fail - the demands have grown enormously.

T-extverständlichkeit
The secret is not only that you can sing and speak clearly, but more importantly is that you really know what you sing, and feel. My experience is: The moment in which I create the text and really feel, so fill out with emotions, one also understands me. An excuse for the lack of care of the comprehensibility of the text are certainly the supertitles, which run along today in every major opera house.

U-nterleib
You breathe more in this direction. "Sing to the abdomen" or "singing with body connection," another one of the old German expression that I find great - that means that the whole body contributes to amplify the sound that is produced in the diaphragm. Singing with the abdomen is also an interpretive concept: The sound is fuller, manlier.

V- erschleiß
Wear: A law of nature. No singer can completely protect himself from it. There is evidence of exhaustion which suddenly makes itself felt: one has to persuade his voice, needs longer in the morning, in order to warm up. My concept is, however, that after Wagner, as a way to relax, I sing always Mozart, Verdi and the classical Lied. The worst symptom of fatigue would be that in the evening one has no desire to go on stage.

W-olfgang Windgassen
The epitome of Wieland Wagner's heroic tenor: an icon of modern Wagnerian singing. Pity that there are so few film documents with him, to evaluate his effect on the audience we do not have enough recordings and studio recordings. People who have seen Windgassen on stage rave today, still with glowing cheeks and ears.

X, das große
Underlying this is the future of Wagner singing. One would now see the complete work of art, not just beautiful singing, but the interpretive singer. Regie has become more important. Singers deal with each line of text, trying to discover new nuances. This also is a new musical sophistication. It has more than ever killed interpreting, killed the celebration of Wagner's music.

Y-oga
Every morning, but certainly before I touch my voice, I do the Five Tibetans. A splendid revival of breath, body and mind.

Z- igarette
My last cigarette was long ago: end of school, the beginning of study. Baritones and basses put away the smoke obviously better than we tenors. The recently deceased Dietrich Fischer-Dieskau smoked before every performance: one last time inhale and out on stage. For me, that doesn't go [haut das nicht hin]. My lungs don't forgive any cigarette.

[Dr. B.  This is my translation from Die Ziet.  He and I are in complete agreement, especially with regard to X.

I realize that you can put these through the Google translator, but I try to make all the sentences understandable, as well technical music talk.]
Posted by Dr.B at 3:53 PM

Thank you so much for the translation. Great interview ! Great man and tenor !