Preparation for The Gospel of Mary Magdalene 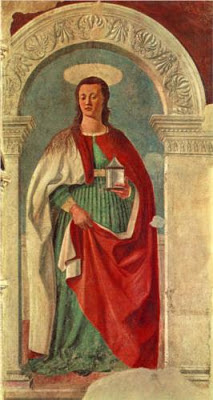 In June the San Francisco Opera will premiere Mark Adamo's The Gospel of Mary Magdalene.  The opera is sponsoring introductory lectures all over the Bay Area in preparation for this event.

I have in my house a copy of the book The Gospel of Mary of Magdala: Jesus and the First Woman Apostle by Karen L. King.  The Gospel of Mary that it discusses was discovered in Cairo in 1896.  Since the first discovery in Coptic, three other fragments in Greek have been discovered in other parts of Egypt.  It is presumed that the presence of so many fragments means the book was in wide circulation in ancient times.

Mary Magdalene was mentioned several times by name in the gospels, generally as part of descriptions of the crucifixion and resurrection.  She is the person who first encountered the resurrected Jesus.

Different branches of Christianity have different interpretations of Mary.  For Roman Catholics she is a reformed prostitute.  In the eastern churches this was never the case.  Some called her "the apostles' apostle."  For Dan Brown and others she was Jesus' wife, the mother of his child.

In her gospel she is clearly a leader.  Her advice is sought and accepted by some, rejected by others.

There is so much speculation about possible roles for Mary in the early church that ones head spins.  The western church followed Paul's lead and rejected any possible leadership role for women, including Mary.

I have absolutely no idea what Mark Adamo is doing with this.  As is usual with me, I prefer to be surprised.  However, there are rumors of love duets with Jesus.  I think I would go just to find out.