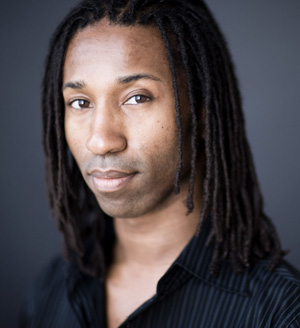 This is the new guy at the Sacramento State opera theater:  Omari Tau.  This weekend he put on Triptych, An Evening of One-Act Operas, consisting of Samuel Barber's A Hand of Bridge, Mark Bucci's Sweet Betsy From Pike and Seymour Barab's A Game of Chance.

Two performances of A Hand of Bridge one week apart.  How likely is that?  The libretto is by Gian Carlo Menotti who seems not to have actually played bridge.  The bidding stops at 5 hearts--clearly Sally's suit.  She should be declarer and not dummy.  She complains about always being dummy, possibly a form of spousal abuse.  At the end of the hand the play goes "2 of hearts," "seven of hearts," "trump."  But hearts IS trump.  You can't trump trumps.  Oh well.  Each player day dreams about something else, clearly the point of the opera.


Sweet Betsy from Pike is based on the famous song.  Betsy (Rachel Sprague) is shot and Ike goes off with the narrator (Vanessa Martucci).

A Game of Chance has an unusual plot.  Three women are sitting on a park bench knitting.  One by one they get up and complain about their lives.  The first woman (Knitter 3 sung by Linda Herring) wishes she were rich.  The Representative enters on a scooter carrying a very large check for writing a slogan which the three women sing.  These two exit.  The second woman (Knitter 2 sung by Kathy Cusson) wishes she were famous.  For her The Representative enters on a bicycle with a contract to publish her manuscript.  They exit.  The third woman (Knitter 1 sung by Rachelle Lang) wishes for love, and this time The Representative enters on a motor cycle.  She is to be reunited with an old lover.. The opera ends with an ensemble in which all four characters complain about their fates:  I didn't ask for enough.  It would be a far better opera if the final section was more extended.  I liked the staging very much.

Kyle Sullivan was the star of the show.  He played David, Ike and The Representative.  He may have been chosen because he could carry Betsy.

These operas are making me understand why the big opera composers, people like Adams and Glass, prefer serious political subjects for their operas. American domestic life is not the most fascinating theme for an opera.

It is important to note that this production also used computer projections.
Posted by Dr.B at 10:05 PM