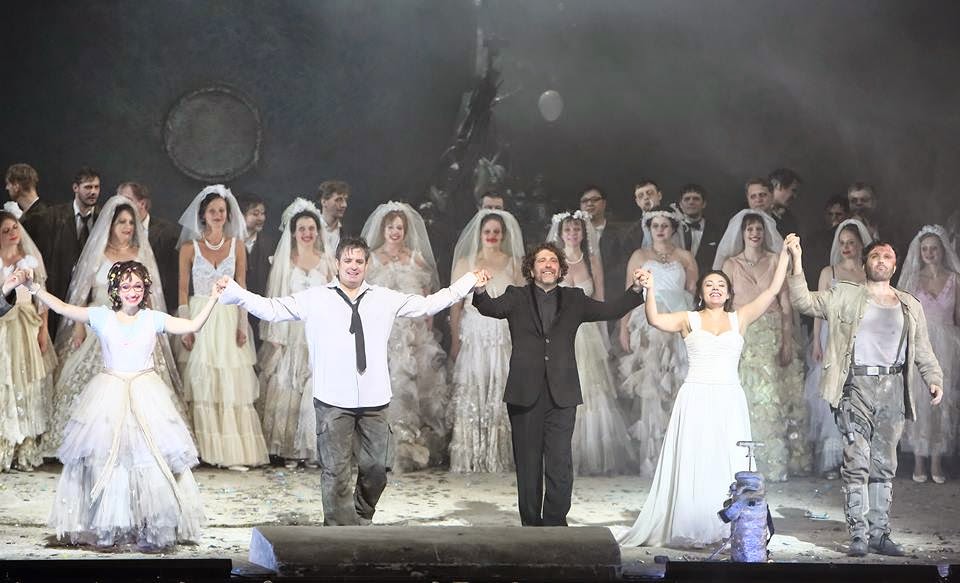 I commented a few times on line during the live stream of Donizetti's L'Elisir d'amore from the Bayerische Staatsoper.  "It's in Ailyn's contract that she must look gorgeous."  Now I realize that this role was originally played by Anna Netrebko, and that it is probably she who has this in her contract.  Her Nemorino was also Matthew Polenzani.

"Die Öde verschlingt ihn," also popped into my head when the set was revealed.  This means the wasteland engulfs him and is a line from the Alto Rhapsody.  We're in Somalia, or somewhere war ravaged and deserted like that, but nevertheless, Adina always looks gorgeous.  Everyone else looks terrible. 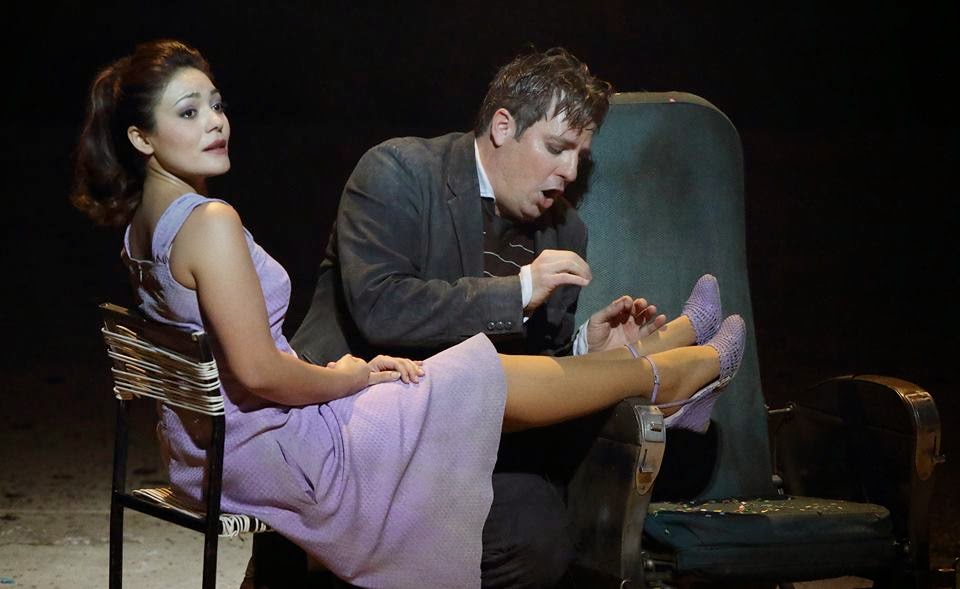 Above are Adina and Nemorino early in the opera.  Though I have searched for quite a while, I have not been able to find a picture of Belcore's soldiers who in this production are in combat fatigues with lots of guns and gear.  They gang up on Adina in a very threatening way, and only when Belcore threatens to kill Nemorino does she agree to marry him.  In all of the versions of Elixir that I have seen this one makes it clearest that Adina always adores Nemorino and is just messing with him.

The oddest thing in the whole production has to be: 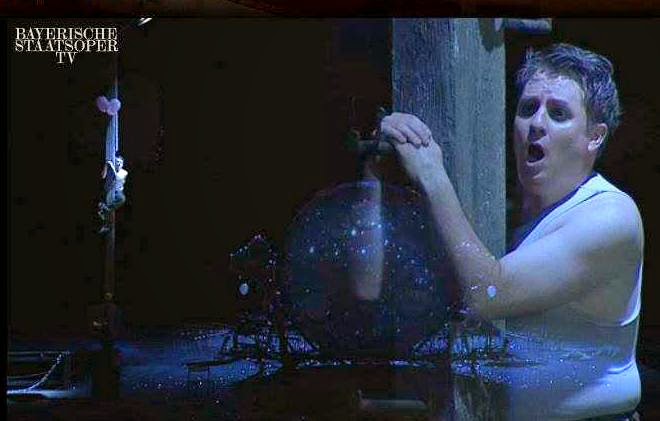 I don't quite know what to say about this production with all its aura of menace.  The women's chorus tried to make it all light and entertaining, but for a while in the first act it got pretty creepy.  Area 51?

Don't get me wrong.  The cast was fabulous, with magnificent singing and acting from beginning to end.  Ailyn Pérez is becoming a great singer.  She got the biggest applause.