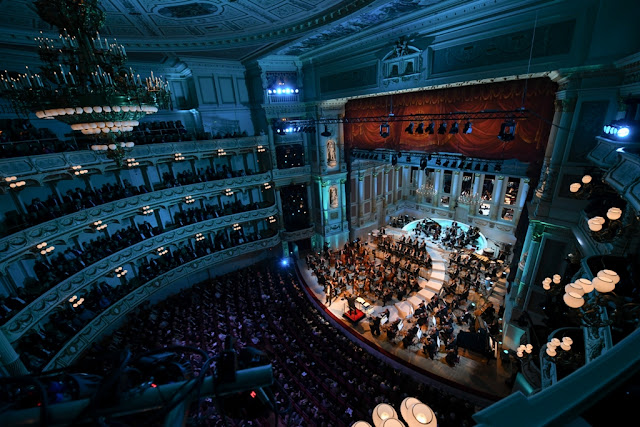 
I'd guess we did about 40 performances of Johann Strauss II's Die Fledermaus, so I pretty much know the whole thing by heart auf Deutsch.  No need for subtitles.  It's not really my Fledermaus in English.  So Jonas Kaufmann's first Eisenstein is a present to me via medici.tv.

An early favorite is the ensemble where they pretend to be sad and completely fail.  "Oh yeh, oh yeh."  This Orlofsky is something else.  She/he doesn't take no for an answer.  (If they cast a man as Orlofsky, I leave.)  The substitute Adele is excellent.

I was underwhelmed by the Rosalinde until she started into the Csárdás which was just right.  The soloists get champagne but the chorus doesn't.  We would never have stood for that.  It's also nice to hear such excellent German diction.  I miss Germany. 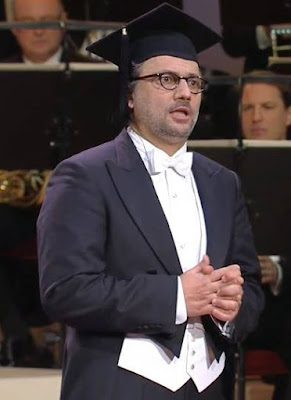 Jonas is fine as Eisenstein who is actually a high baritone, but the music for him isn't the focus of attention.  It's mainly an acting role, which we know he is also quite good at.

Thank you all for a happy new years eve performance.  Alles gute.
Posted by Dr.B at 10:26 PM