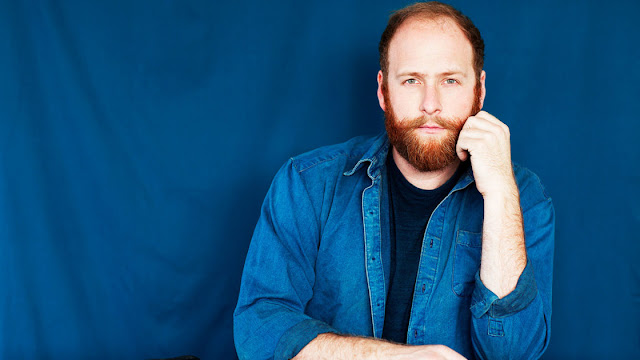 Christopher Rountree was our conductor for last night's Sacramento Philharmonic performance at the Memorial Auditorium.  The pieces were:

Selections from Aaron Copland's Rodeo.  We heard Buckaroo Holiday, Corral Nocturne, Saturday Night Waltz and Hoe Down.  It's surprising that one seldom hears much from Copland.  The pieces on the program all seemed to form a whole.

George Gershwin's Second Rhapsody.  The first Rhapsody (in Blue) is so famous that it is a surprise to hear this completely unfamiliar one.  The style is similar but the themes are new.  This is basically a piano concerto with the fine pianist Orion Weiss.

Zhou Tian's Transcend.  Movements:  Pulse, Promise and Done.  his piece was commissioned by the Reno Philharmonic, Sacramento Philharmonic and Opera plus other orchestras, and had its world premiere April 27, 2019 in Reno, NV.  It commemorates the 150th anniversary of the completion of the Transcontinental Railroad in 1869.  Interesting program note:  the rhythm of Done is based on the rhythm of DONE in Morse Code.  I found it enjoyable and showing a strong sense of how to compose for a classical orchestra.  It fit well on a program with Copland and Gershwin.

Peter Tchaikovsky's 1812 Overture.  This piece shows a Russian perspective and commemorates their successful defense of the invasion of Napoleon.  It's not an overture to anything, but follows the trend established by Berlioz to call a stand alone piece for orchestra an overture.  It is famous because it is scored for cannon which fires repeatedly toward the end.  We were spared an actual cannon.  The drum resembled a cannon heard at a distance.

The pieces were well chosen to go with one another.  There was an excellent crowd.