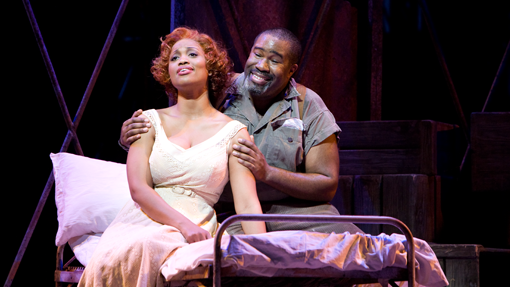 I don't know if my writing is up to this, but here goes. Occasionally the planets align, the universe conspires to bring us greatness. Porgy and Bess at the San Francisco Opera was one of those times. I will attempt to tell why.

The time was moved to the 1950s, the time in our lives when the lives of our black neighbors first came to our attention. The time when they became fully realized human beings in our minds. The police look like policemen from photographs of the civil rights movement. We know what this world is like. When Porgy sings that he is going to New York to find Bess, we know the possibilities and the obstacles.

Modern productions have abandoned the cart Porgy used to ride around on in favor of crutches and less obvious crippling. We are happier to watch Porgy gain in strength through the opera and become someone who might kill his rival, someone who might indeed find Bess in New York.

I see the theatrical power of Porgy and Bess as I have never seen it before. It is a great opera in part because it is about love. In this production it was a love we could really believe in.

Only Eric Owens as Porgy and Karen Slack as Serena had ever appeared at the San Francisco Opera before. Eric Owens was here last summer in Ariodante. Karen Slack is someone whose career I follow, and she was excellent as Serena.

The whole cast was full of big voices and big acting. I liked the red wig of Laquita Mitchell as Bess--it made her easy to find on the crowded stage. She had great presence in the role. Other names: Lester Lynch as Crown, Angel Blue as Clara, Chauncey Packer as Sportin Life.

I liked them all. David Gockley insists on verisimilitude and provided us with an all black cast. Except the white characters, of course. 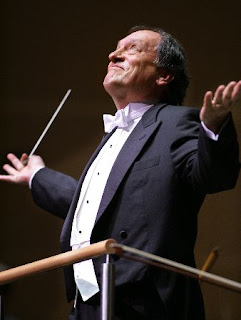 I haven't explained yet why it was the great Porgy and Bess of my lifetime. I noticed that the audience yelled loudly for everyone else but left unnoticed John DeMain when he came out to take his conductor's bow. I was the only one yelling. Bravo. What made this my best Porgy ever was the music. It rocked. Everyone sang big and rocked out. The chorus was the undisputed star. They were fabulous. Such consistently great music making throughout such a long, complicated piece with such a large cast must be credited to the conductor. That's his job. DeMain hangs out in Houston, which makes him a friend of Gockley.

About halfway through I realized: This is something truly wonderful.
#ad

Apparently I did not realize that the Gershwin estate requires the all black cast. This has since this performance come to my awareness.

I also did not realize that in 1976 under music director John DeMain Houston Grand Opera under David Gockley's leadership restored the original score. So I was correct in my desire to praise the conductor.