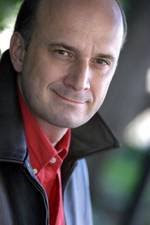 
Having done the Violetta for the ages, Anna Netrebko has decided to descend into the almost ordinary in the current La Traviata series at the San Francisco Opera. I’ve never been a huge fan of Traviata, except for the video from Salzburg. I don't find the world of low-life women that fascinating.

Marta Domingo’s production re-conceives the scene to the world of the flappers of the 20's. Kozman of the Chronicle sees Josephine Baker in the pseudo-Egyptian dance number. Josephine would have worn only bananas while these people are fully clothed and wore no bananas. One is almost nostalgic for Lotfi Mansouri who wouldn't be afraid of a little nudity.

The gambling scene is in Flora’s house, and the circle appears in the form of a huge blue gambling table. It’s big so Anna can stand on it. The only scene without the circle theme is the house in the country where everything takes place out doors.

There were some liberties with the plot. Though Violetta has clearly told Alfredo to come back in a couple of days, they jump right into bed at the end of act I. At the end of the gambling scene he kisses her good-bye. I liked some of it. The car at the beginning was cute. The lights and snow falling at the end were beautiful.

That leaves singing. I like Charles Castronovo as Alfredo, but his voice does not balance particularly well with Netrebko’s. Anna is singing pretty loud these days. Pregnancy added some weight to her tone. And to the rest of her as well. Anna, dear, if you wish to continue the life of a gorgeous, universally worshiped diva, you are going to have to lose a little weight. A friend, an adoring fan, said, "Her cheek bones have disappeared."

There is a rumor going around that she is pregnant already. I don’t believe this. She looks almost the same, even slightly thinner now than in January for Lucia at the Met. This isn’t likely to mean she’s pregnant.

Both Netrebko and Castronovo skipped their high notes. This was ok in her case, but where the high note would have gone, Castronovo slunk off into a corner in embarrassment.

I would like to see Anna moving toward spinto repertoire. This is where her voice is going. I'm sorry if this is bitchy.

Footnote: I read in an old post that Erwin likes Anna chubby. This is not good news for the rest of us.