And who are these people I am supposed to be following? 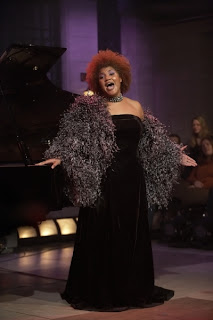 Measha Brueggergosman whose Deutsche Grammophon recording is now out. Notice how her dress hides her feet. 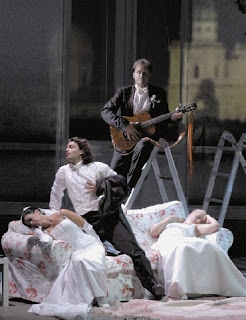 Jonas Kaufmann who can be seen here. He just won the award from Gramophone magazine for best vocal album for a Strauss Lieder recording. I'll have to look into this. He's just been signed by Decca. 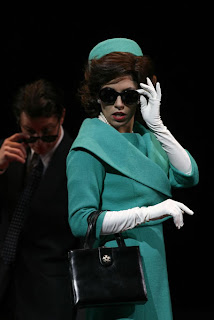 Vivica Genaux seen here as Jackie Kennedy in Semele. It's the pillbox hat that gives it away, the one in the assassination photos. Doing it in pink would have been bad taste.