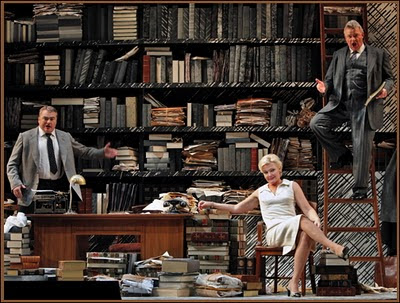 *Role Debut
I am embarrassed to confess that this opening of The Makropulos Case at the San Francisco Opera was my first experience of the opera.  Everyone asked me where was I when so and so did it?  I have no excuse.  The series of performances was dedicated to Sir Charles Mackerras, the father of modern Janáček performance.

Maybe I would like to see this with the closeup screens.