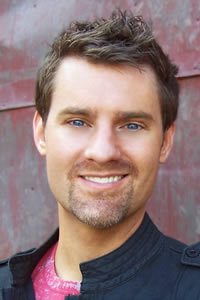 The Sacramento Opera has decided to take on Handel's opera seria Orlando (1733), originally composed for Senesino in the title role. San Francisco did it long ago (1985) as a vehicle for Marilyn Horne, conducted by Charles Mackerras who also edited the edition. General Horne was magnificent.  In this decade its been revived by the Royal Opera.

My impression from memory and everything I can find to read about it is that this opera is a vehicle for whoever sings the protagonist.  In Sacramento this will be a countertenor, Randall Scotting, an American who sings internationally.  He gets a mad scene.  If he's any good, it should be a treat.  It plays Friday night and Sunday afternoon.

Here is a dvd from the Zurich opera.

For a few years back around 2002-05, Randall Scotting sang in Denver in both the Met Regionals and Denver Lyric Opera Guild competitions. I seem to recall he rarely made it beyond the first round in any of them, although where one finishes in a voice competition is not always the optimal indicator of one's overall talent or operatic staying power.

I clearly recall that his voice sounded very forced, especially in his upper register, and it was exceptionally shrill -- even more so than with your average counter-tenor. Here's hoping he has improved in the intervening years.

Hi Paul. I have been missing you. We will maintain a positive attitude, but nothing will erase the memory of Marilyn Horne.

Paul, I remember hearing Randall at those competitions several years back and I have to disagree with your assessment. I will admit that I am not usually a fan of countertenors but I thought his voice was musical and quite pleasant.

I remember that one year he placed at the top in the District Met competition. I know because my friends and I were very happy for him since he is a Colorado boy (don't get me started on how those competitions now allow anybody to sing anywhere! Very upsetting!). Anyway, that was quite a while ago now and I am glad to see that he is having some level of success.