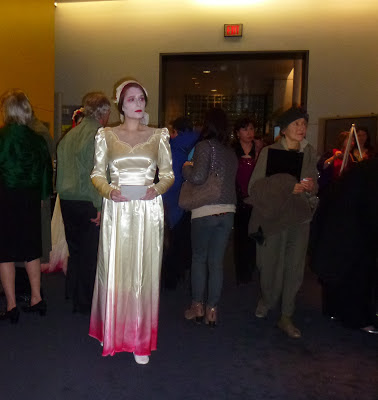 Chorus members in costume wandered among us before the drama.

Oswaldo Golijov's opera Ainadamar, Arabic for “fountain of tears,” as presented by Opera Parallèle, is a complete theatrical experience.  We have costumes.  We have marvelous dancing.  We have atmosphere created by lighting projections.  We have fascinating orchestral textures in Spanish style music.  We have poetry.  We have women's chorus.  We have history filled with violence.  And best of all we have gorgeous, full voiced singing.

I went with friends who had seen it before in Santa Fe and were completely confused by the Peter Sellars production.   And they actually know things about Federico Garcia Lorca.  For me a few quick glances at the program were enough to clarify everything I needed to know about this complex drama.  Congratulations to Opera Parallèle for another job well done. 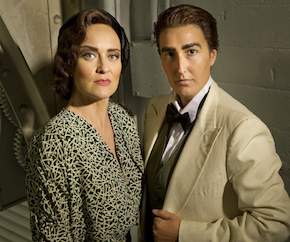 Margarita Xirgu, sung by Marnie Breckenridge, is the main character of the drama.  The story begins in Montevideo, Uruguay, in 1969 when Margarita is an old woman who teaches about the historical Spanish figure Mariana Pineda who was the subject of a play by Federico Garcia Lorca, sung by  Lisa Chavez.  Xirgu's main student was sung by Maya Kherani.

Perhaps you are already confused.  Margarita appears with her students and they sing about Mariana.  Margarita knew Lorca, whom she calls Federico, and flashes back to their last meeting in Granada, Spain, in 1936.  The changes in time and place were flashed on the supertitles.  You knew they were good for something.  Federico hands Margarita a drink and tells her that as a child there was a statue of Mariana Pineda outside his room.  She was a martyr to an earlier Spanish revolution in 1831.

So we have three time frames:  1831, 1936 and 1969.  We see Mariana Pineda executed on the stage.  And we see Lorca shot by members of Franco's army.  Margarita tried to persuade Federico to go to Cuba with her on her dance tour, but he wanted to stay in Spain to experience the violence. 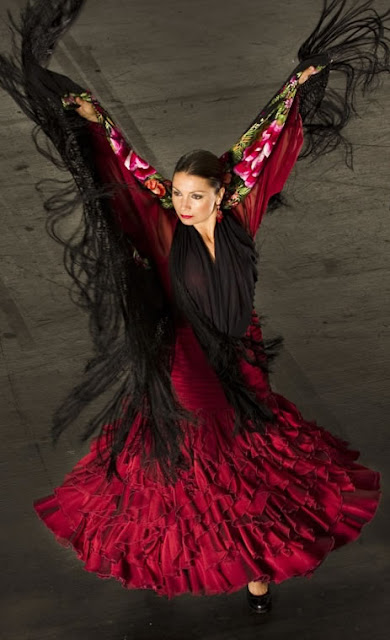 The almost Flamenco dancing was extremely beautiful--I say almost because it included everything except the banging on the floor.  The head dancer is named La Tania, I think.  Jesus Montoya sang in a Flamenco style.  He was incredible.  I was on the edge of my seat the entire performance.

You should know by now that I am a fan of Golijov.  Stop writing stupid symphonies and give us another opera.

If you are searching for intelligent life in your opera, I can highly recommend Opera Parallèle in San Francisco.  They have pretty much cornered the market on the National Opera Association's Opera Competition, winning first prize for 2011 and 2012.  Perhaps they will win again this year.

I have just one question:  suitcases?

Although I wish I could take credit, Jesus Montoya was the incredible flamenco singer.

Thank you, Andres Ramirez. i will make the correction.

as one of the friends referred to I'd like to admit publicly that I only knew the stuff I was spouting about Garcia Lorca &c because of studying up for this performance--and was, indeed, thoroughly confused by the other, Sellars, production...

I'm not sure I actually want to know things when I go to the theater. I want the production to do all the real work.

Yeah, I go back & forth on that...for this one the pick-and-shovel work really paid off...