Puccini at the Sacramento Opera 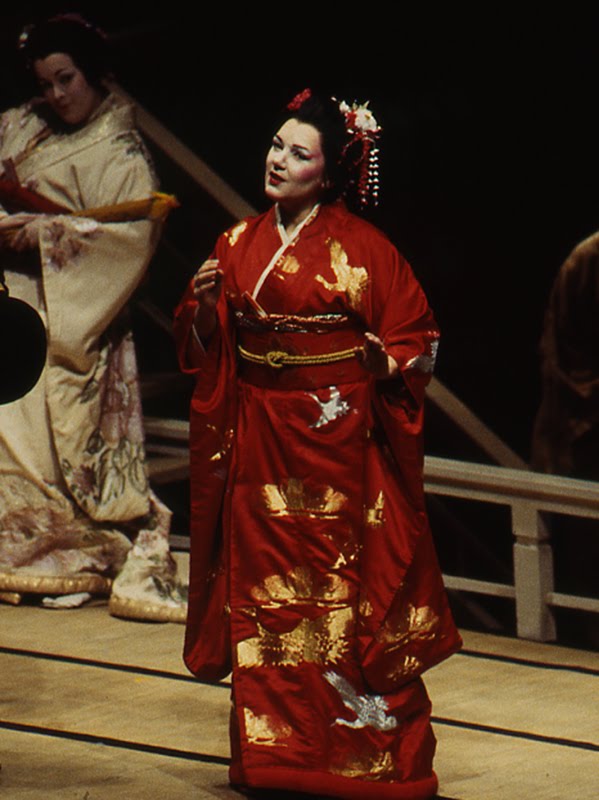 Above is a picture of Marie Plette dressed as Butterfly.  She sang "Un bel di" for us at the Sacramento Opera Puccini night on Friday.  Previously she appeared in Sacramento as Tosca.  I liked her then and I still like her now.

The program for the evening consisted of a first act theater piece called Puccini:  the Man and his Muses. An actor, Michael Stevenson, plays Puccini in the final year of his life. He describes each of his love affairs with his female characters, and each woman appears in costume and sings her most famous aria.

These ladies appeared in the order in which Puccini composed them and in full costume, so it was not always possible to precisely match them to their roles.  To whom it may concern:  this is exactly how you compose an opera--choose a woman you love, write a drama for her and compose wonderful music for her to sing.  As a concept, this was quite pleasing.  I would describe it as a play with music.

The second half of the program was an excellent performance of Gianni Schicchi.  Luis Ledesma was Gianni Schicchi and Carrie Hennessey was Lauretta of the famous "O mio babbino caro."  Carrie has learned to slide since I last wrote about her Puccini singing, but she still will not attempt a scoop.  I found this an acceptable compromise.

It was a pleasant evening at the opera, though under attended and under publicized.