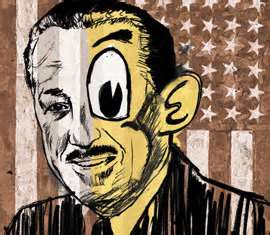 The premier of a new opera by Philip Glass called The Perfect American streamed over the internet from Madrid today.  It concerns the death of Walt Disney, and it turned out to be much more truly biographical than I had imagined it would be.  Walt may have wished to be cryogenically preserved, but they make it clear that he was actually cremated.  So no urban legends.

The Glass opera is based on a book with the same name by Peter Stephan Jungk.  The book is narrated by Wilhelm Dantine, an animator for Disney in the 40s and 50s, who also appears as a character in the opera. Dantine stalks Disney who pretends he doesn't exist.

Walt died at 65 of lung cancer while still full of dreams and plans.  He wanted to come back again in 500 years.

Important things to notice about this opera are: 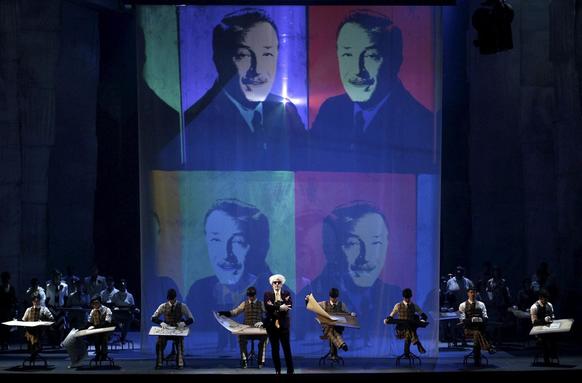 Walt Disney was an iconic American figure, someone who believed in capitalism and the ownership of ideas.  Now he has his own opera.
Posted by Dr.B at 5:12 PM