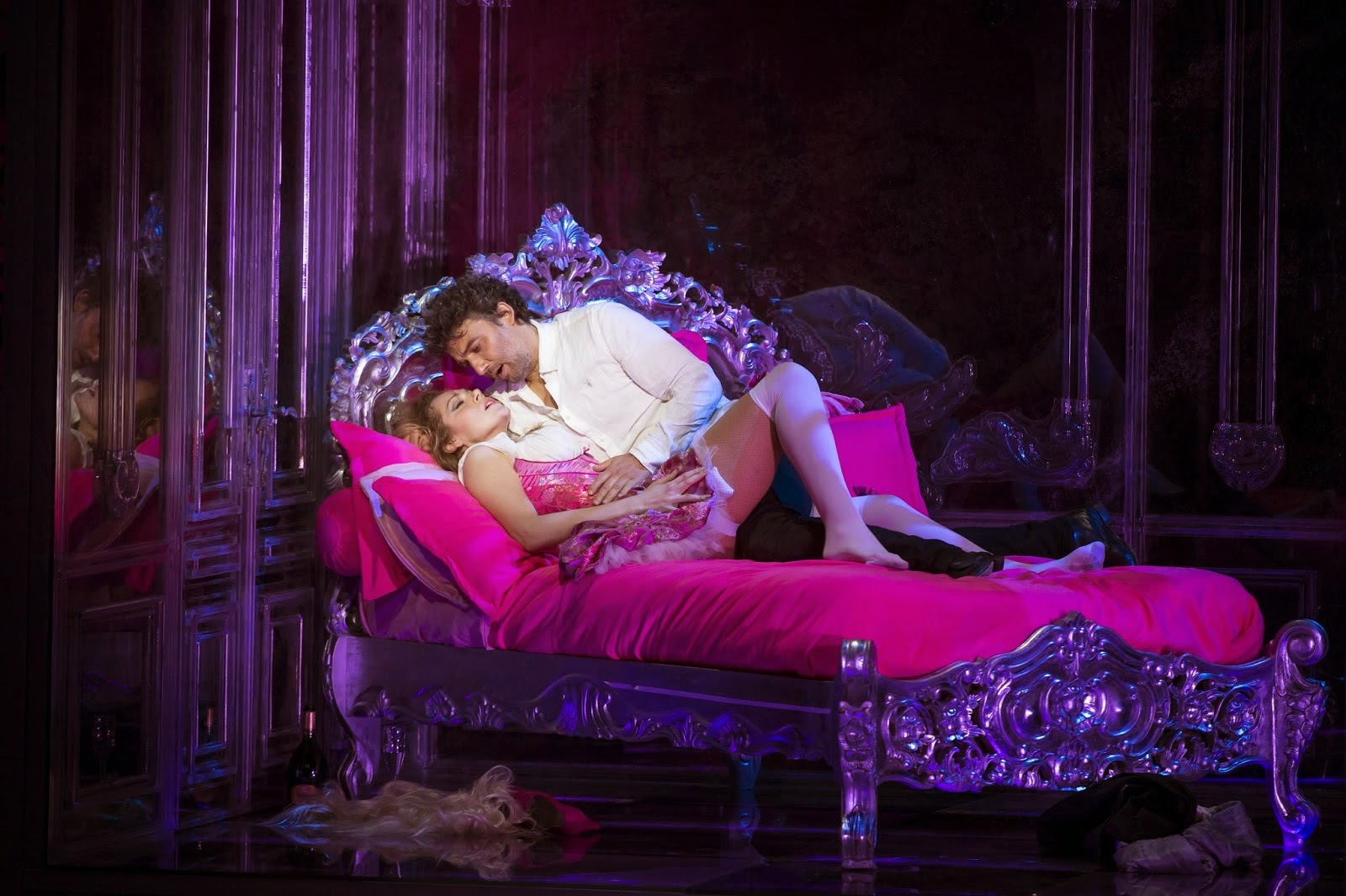 I go back and forth about this opera, Puccini's Manon Lescaut.   Manon doesn't seem to get to have any fun in this version of the story.

I saw it in Vienna a few years ago where it was all about couture.  There were dresses in store windows, and the scene where the girls names are called was staged as a fashion show.  The singers were almost incidental, but in spite of that it still had a basic unity.

I don't feel repulsed by this production.  I adored the first scene quite madly.  Street people.  A Manon who actually looks like a school girl.  The most wonderfully handsome des Grieux you've seen.  What's not to like?  It sort of goes down hill after that.  The scene in Geronte's house is a bedroom.  This worked for me.  But why did the bed from the previous scene show up in the scene where Manon is supposed to be getting on the boat?  Remember I'm the person who doesn't want to read explanations of the staging before, during or after.  I think this opera is hard to stage because it's all highlights and no continuity.

At the end they are on a wrecked freeway in Monument Valley which is in Arizona, not Louisiana.  It is however a desert.

We weren't here for the sets.  You will seldom ever see such spectacular casting.  The singing was magnificent.  Kristine almost makes it up to Jonas's level.  The tenor part in this opera is actually more significant than the soprano.  She can get away with rather low levels of intensity, but he must sing full voice almost all the time.  Jonas is simply spectacular, for singing, for acting, for looks, for phrasing, every aspect is absolutely beautiful.  All that big singing is thrilling.

The glorious score grows on me.  See this if you possibly can.

This discussion of the opera is interesting.

I seem to recall commenting on the requirement to sing constantly big and wondering if Jonas could do it.  He seems to be doing fine.
#ad