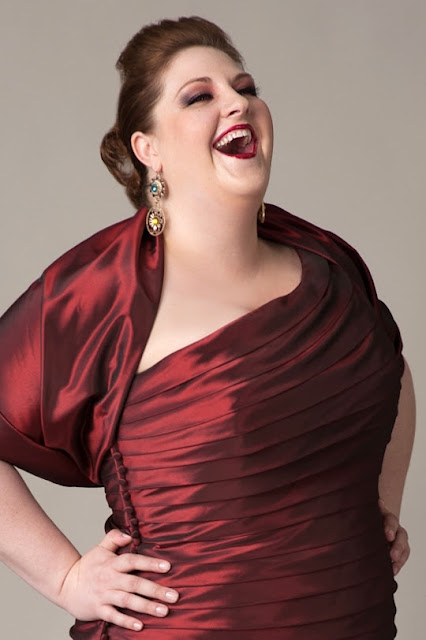 Instead of making us wait until the end of the year, the Richard Tucker Gala live streamed from Carnegie Hall on medici.tv today.  What a fabulous concert.  The singers were:

And here is the program:
Wagner: “Entrance of the Guests” from Tannhäuser
New York Choral Society

Wagner: “Dich, teure Halle” from Tannhäuser
Tamara Wilson, soprano
This was an excellent introduction to Tamara.

Dvorak: “Měsíčku na nebi hlubokém” (“Song to the Moon”) from Rusalka
Kristine Opolais, soprano
Unfortunately for Kristine there were two other sopranos on the program known for this aria.

Verdi: “Tu al cui sguardo onnipossente” from I due Foscari
Tamara Wilson, soprano
New York Choral Society.  Tamara was excellent in this, too.

Saint-Saëns: Mon coeur s’ouvre à ta voix” from Samson et Dalila
Jamie Barton, mezzo-soprano.  For me this was one of the highlights of the evening, sung in a wonderfully smooth legato.

Giordano: “La mamma morta” from Andrea Chénier
followed by
Cilea:  "Io son l'umile ancella" from Adriana Lecouvreur
Anna Netrebko, soprano
Netrebko was in form and remembered to thank first the cellist and then the violinist for their solos.  She received a bouquet and then left.

The concert lasted 2-1/2 hours.  I skipped another concert for this and found that it was worth it.  This is a slightly lighter mix of arias than is usual for a Richard Tucker Gala.  There was no intermission.

You can watch this now on medici.tv.