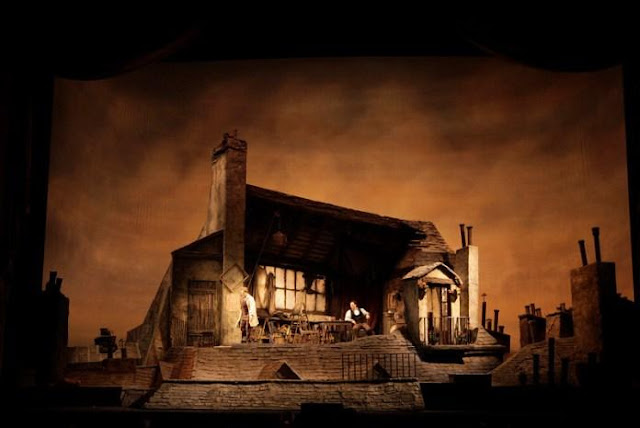 Today was the HD for Puccini's La Bohème from the Metropolitan Opera.  Michael explained that they don't really get to rehearse.  Nevertheless it was a beautiful ensemble performance with excellent conducting.

Between scenes was a lot of hammering.  My impression was that the workers were repairing the ancient and well used sets.  Each set slides in on the stage machinery.  Garret stage left, Momus stage right and snow scene from the back.  There was a film of this happening.  So why all the hammering? 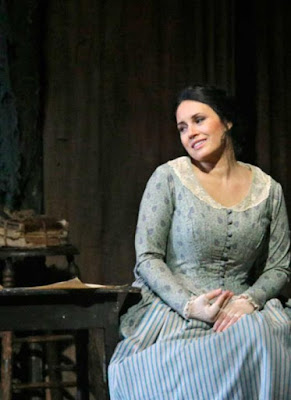 Sonya and Michael are both wonderful singing actors who play well with one another.  They both have beautiful emotional range which is the secret to great opera.  Or maybe opera has a lot of secrets and this is just one.

She died a couple of seconds before her chord, but I have decided to forgive everyone.  Look.  There is scene painting in the orchestration in this opera.  First you hear the flames going up in Act I when Rodolfo throws his play into the fire.  And there is a chord at the end that signals Mimi dying.  Am I the only one who knows this?

It was lovely to see Paul Plishka who once appeared frequently in San Francisco.  The magic worked once again.
Posted by Dr.B at 10:14 PM