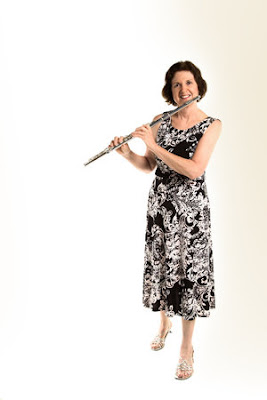 This concert is part of the New Millennium Concert Series.  All the publicity photos have been of flutist Laurel Zucker.  However, the Faculty Gala concert at Sacramento State began with a group by Percussionist Daniel Kennedy. 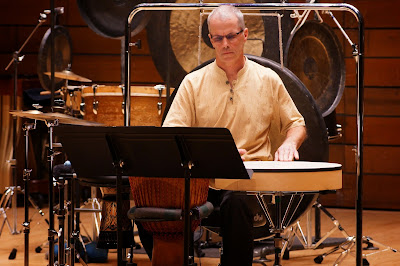 The stage was littered with instruments and stands much as shown in the picture above.  He is said to be dedicated to the performance of contemporary percussion repertoire.  I only know about the traditional kind.  He played:


This was a new experience for me.

Next Laurel Zucker and John Cozza performed Sonata for Flute and Piano by Francis Poulenc in three movements.  Poulenc has long been a personal favorite.

The final group featured The Peregrine Trio (George Hayes, violin, Burke Schuchmann, cello, Miles Graber, piano) playing Piano Trio No. 2 in C Major, Opus 87 by Johannes Brahms.  Like all of Brahms this is a very traditional piece.  They sounded well together.  I especially liked the beautiful playing of the cellist.  I love Brahms.  This program was designed for me.