This is the list of HD broadcasts this season from the Metropolitan Opera shown in reverse order.  I skipped Carmen and Magic Flute for reasons of excess familiarity.  Perhaps one of these is your favorite.  I will discuss those I saw and then rank.

👍🏻Dialogues des Carmélites by Francis Poulenc  Revival.  This was my first time in French.  It was a towering performance which Isabel Leonard brought virtually to perfection. 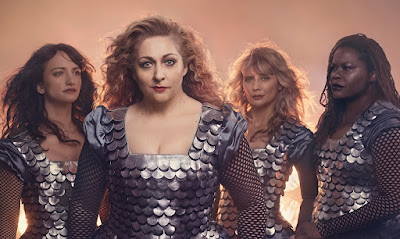 👍🏻Wagner's Die Walküre  Revival shown for Christine Goerke.  The Met revived the whole Ring but only Die Walküre made it into movie theaters.

👍🏻Donizetti's La Fille du Regiment  Revival.  I enjoyed this enormously, more than I thought possible.  Pretty Yende, Javier Camarena, Maurizio Muraro and a special guest appearance by Kathleen Turner made this a very lively and up beat performance.

Bizet's Carmen  Revival.  This features Roberto Alagna again in French repertoire, which I cannot rate because I missed it.

👍🏻Francesco Cilèa's Adriana Lecouvreur  Production from the Royal Opera.  This was one of two HD transmissions to feature the duo Anna Netrebko and Anita Rachvelishvili.  Their voices and performance styles are extraordinarily well suited to one another and worked to great effect here.  It's not the greatest opera, but the cast was great across the board.  I especially enjoyed the work of Ambrogio Maestri.

Verdi's La Traviata  New production replaces the red dress.  I found the new very decorative production to be no more than just functional.

Mozart's Magic Flute  Revival which I missed.  I prefer Flute in German. 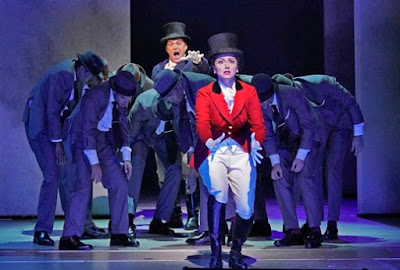 Marnie by Nico Muhly  New Opera presented a year after its premier in London.  It's based on a movie by Alfred Hitchcock and starred Isabel Leonard in a tour de force..

👍🏻Puccini's La Fanciulla del West  Revival of the old Giancarlo del Monaco production.  Both Eva-Maria Westbroek and Jonas Kaufmann were fabulous in their roles, but for me the story makes a bit more sense if Minnie might possibly marry Jack Rance. 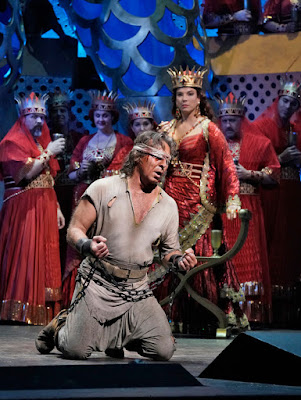 👍🏻Camille Saint-Saëns' Samson et Dalila  Revival.  I like Roberto Alagna, especially in French repertoire. The Production created the impression that the Israelis were very poor in contrast with the much richer Philistines.  What I liked was the sexual chemistry between Roberto and Elina Garanca.

Verdi's Aida  Revival.  This was one of two HD transmissions to feature the duo Anna Netrebko and Anita Rachvelishvili.  It failed due to the truly catastrophic singing of Aleksandrs Antonenko as Radames.  I thought the scene between the two ladies was the best I had seen.  That overall it was spoiled by the tenor is sad.

So we have six thumbs up which is probably too many.  I do love opera.  What we are missing again this year is a run away favorite.  Can I have a tie?  Both of these operas were the best versions I've seen.