Scarlata and Kalish at Sac State 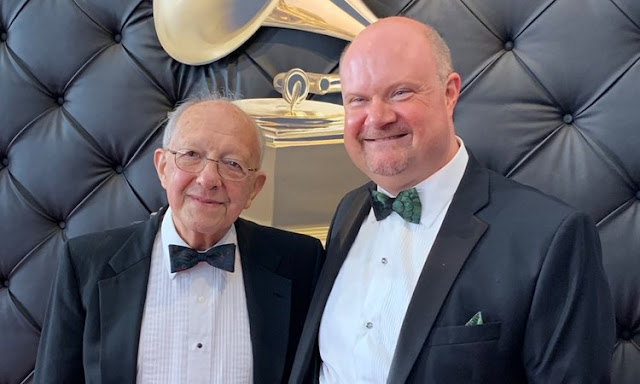 What made this particular recital unusual was the emphasis on standard vocal repertoire. How often to you see that these days?  They performed sets by Ives (English), Fauré (French), Beethoven and Schumann (German) with an encore "Ständchen" by Schubert.  These are the mountains of classical song.  To give you an idea of the selections, in this entire program nightingales were mentioned at least four different times, including rossignol in French and Nachtigal in German.

Mr. Scarlata has a particular style of presenting which he employed in all four sets.  He uses gestures, facial expressions and walking rather more than is usually the case, but I found it moving and never too much.

When Upshaw came, she also did some Charles Ives.  Perhaps Kalish is fond of him, as am I  I was not familiar with any of these but enjoyed their presence.  I like the idea that Ives would become standard repertoire.

Gabriel Fauré setting four texts by Paul Verlaine formed another group.  In my mind Fauré is the greatest of all French chanson composers.  There was a bit of name dropping when Scarlata mentioned discussing repertoire with the great French baritone Gérard Souzay.

For the Ludwig van Beethoven year (250 years since the birth of LvB) we were presented with the very first song cycle, Beethoven's An die ferne Geliebte on poems by Alois Isidor Jeitteles.  It establishes the genre by focusing on an unhappy love affair.

We finished with the greatest of all song cycles, Robert Schumann's Dichterliebe on poems by Heine.  Scarlata got so excited singing "Ich grolle nicht" that his face turned quite red.  This is a very beautiful set of songs that start sentimental and end tragic.

There were appropriate changes in style as we moved from one composer to another.  The problem with performing standard repertoire is that one has ones own idea of what one should hear.  I loved the emotion but would have liked a more highly developed idea of legato.  Don't get the wrong idea.  I was very happy to hear this.