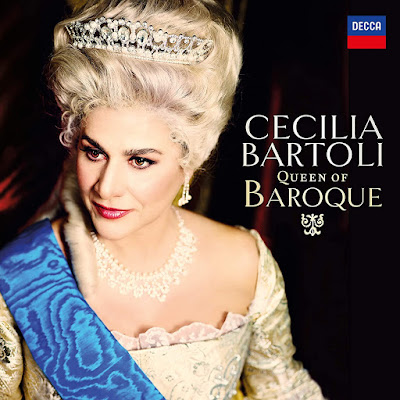 Cecilia Bartoli announces a new CD from Decca:  Queen of Baroque.  It will be released on December 18, 2020.  Pre-order now by clicking below.  It can be delivered in time for Christmas.  It's described as:

A collection of the very best of Bartoli's treasured recordings of musical delights and discoveries of the 17th and 18th century. Featuring two previously unreleased world premiere recordings of forgotten jewels by Leonardo Vinci and Agostino Steffani. With guest appearances from Philippe Jaroussky, June Anderson, Franco Fagioli and Sol Gabetta.

And here is a sample.