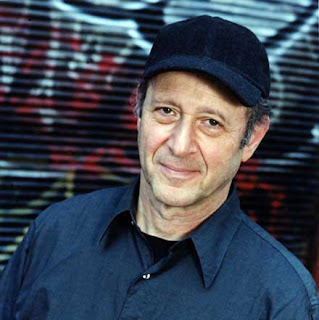 I have bought a book on minimalism, and one of the pioneers in the style was Steve Reich (born 1936).


This piece called Clapping Music (1972) consists of different performers performing the same rhythm out of phase with each other.


The same concept, sort of, appears in this composition called Piano Phase (1967). What's funny about this film is that a piece for two pianos and two pianists is played by one guy. That one person does both parts is sort of creepy. It also sort of negates the reason for doing it at all.

Minimalism is the opposite of serialism. You could do a piece where absolutely nothing repeats (serialist) or you could do one where there is nothing but repeats (minimalist). What I would like to hear is a minimalist serialist composition. Maybe I should write one.

One of the purposes of blogging for me is to give structure to my own learning.


This is the beginning of Drumming (1971), maybe his most famous piece. The whole piece is about 10 times as long as this clip. After this anything by Philip Glass will be a relief.

If you finish listening to all of these, you never have to listen to Reich again. I always listen to whatever the Kronos Quartet is playing, and they do some Reich.

All these works precede the classic work that marks the official beginning of the minimalist era: Glass' Einstein on the Beach (1976). In the audience at Satyagraha I was sitting next to someone who had seen this opera several times. I still have not. After Drumming I wonder if I'm ready.
Posted by Dr.B at 8:46 PM

The breakthrough piece for me of Reich's is Tehillim, although I'll always be partial to Drumming. I used to lie on the roof in El Cerrito listening to it.