Watching streamed opera from Europe generally results in viewings of modern European style stagings, what we here in America like to call Eurotrash.  This always makes me think back to my days at the Ulmer Theater.  I like to think we were in at the beginning.

We had Busby Berkeley in John Dew's Der Vogelhändler. We had psychoanalysis and shadow figures haunting the stage in Peter Mussbach's Figaros Hochzeit.  He may possibly be a psychoanalyst. 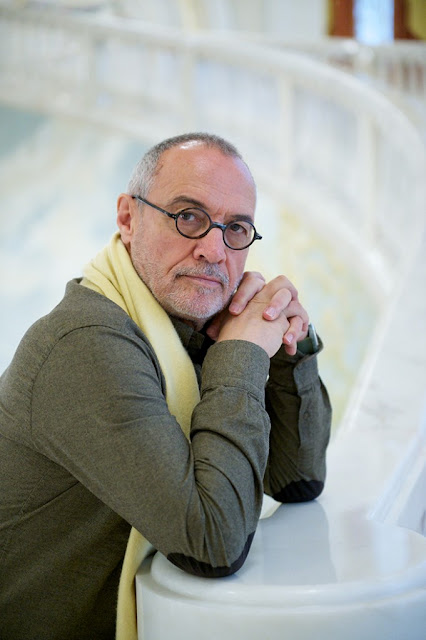 I like to feel that there is nothing new in current European productions.  I'm only guessing that these are the right pictures.  They were all much younger then, and so was I.

Email ThisBlogThis!Share to TwitterShare to FacebookShare to Pinterest
Labels: +100, About Staging