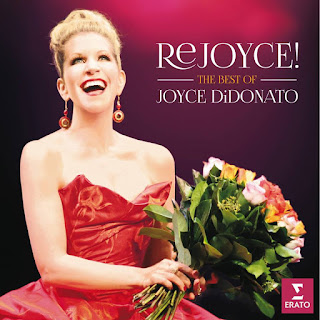 This is the new album of The Best of Joyce DiDonato.  I follow Joyce on Facebook and have watched as she coaxed her fans into creating this album.  First the fans chose which of her many lovely and exciting tracks should be included in the album.  Then she asked them to title the album.  Joyce preferred another name, but the fans were solidly behind ReJoyce.