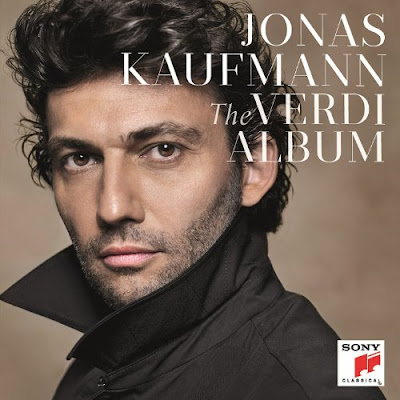 Other than a German's natural reluctance to scoop (he scoops-it's just very delicate), this is an absolutely lovely album.  Placido Domingo and I are in agreement.  Jonas Kaufmann is the tenor of our time.

Some people have been questioning the existence of both this album and Netrebko's.  Well they're idiots.  I think Netrebko will sing all the tracks on her album better after she has a few live performances under her belt.  In fact I think her existing live performances of this repertoire are better than the recording.  See here and here.  I digress.

I like this album more than the Wagner, actually, but this is likely because I like Verdi better than Wagner.  Verdi is writing for the true tenor and is getting the maximum from that tenor intensity that makes them the center of opera.  The Heldentenor is more a high baritone with tenor technique.  If you get what I'm saying.

The best of all compliments is that I will undoubtedly listen to this one.
#ad