Nabucco in Concert in Salzburg 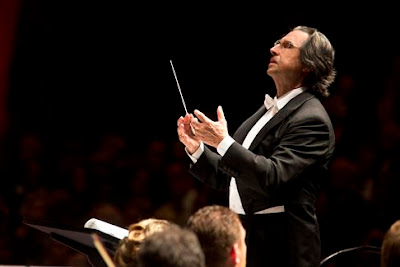 The highlights of the concert included a magnificent "Va Pensiero" by the Rome Opera chorus, an adorable ham-actor performance by the piccolo player with constant rocking and bowing, and an excellent stand-in Abagaille in Anna Pirozzi, although members of my group claim Muti skipped her when shaking the soloists hands.  Lučić must receive a mention.

Now is the time for complaining.  This is early Verdi (1841).  While I admit that Berlioz and Paris Grand Opera had already invented the giant orchestra, and that this is the legitimate orchestration, does it really have to be this loud?  Normally an opera orchestra is in the pit where the sound is muffled.  The first half was especially bad.  I was experiencing ear pain.

This closed our wonderful Salzburg experience.