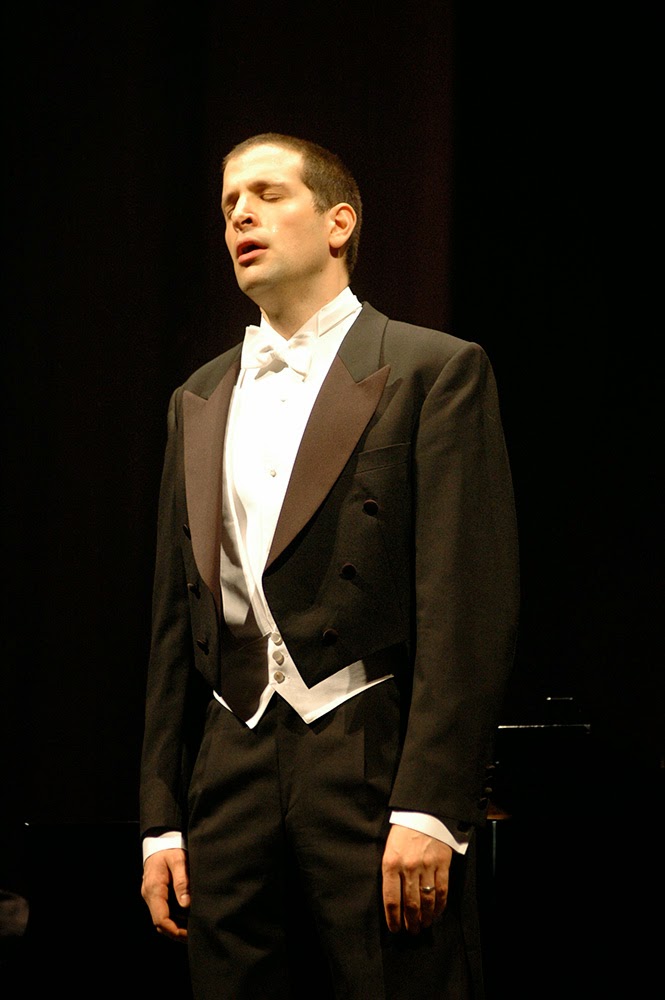 Luca Pisaroni sang last night in Nourse Theater in San Francisco.  This was my first time in this theater since it became a performance space and not a rehearsal venue for the San Francisco Opera.  I kept imagining the director's table in the middle.  The theater began its life as part of a high school which was later deemed too expensive to earthquake proof.  It's sort of pseudo Ali Baba or Scheherazade.

I am a fan of Luca, loved him in Cosi in Salzburg, The Enchanted Island, Maometto II in Santa Fe and as Leporello in Don Giovanni.

I love you, Luca, but you didn't seem happy at all.  You came to life a little after the intermission when you sang Liszt, but you didn't feel comfortable with what you were doing.

I'm going to let you in on a secret:  nowadays singers are performing what they love, as long as it's within the vast catalog that is classical music.  At long last.  So don't let someone else pick what you are going to sing.

My favorite part of the program was the encore: "O lieb, so lang du lieben kannst" which sounded familiar.  And it was.  It's Liszt's Liebestraum, better known as a piece for piano.  Love as long as you can.  I took this personally.

After hearing him in Mozart, Cavalli and Rossini, I guess I was unprepared for a program by German composers (Beethoven, Brahms, Reichart) plus the Hungarian in his most German mode.  There wasn't exactly anything wrong with it, the pianist Wolfram Rieger was wonderful, but Luca didn't quite come to life.
Posted by Dr.B at 11:24 PM