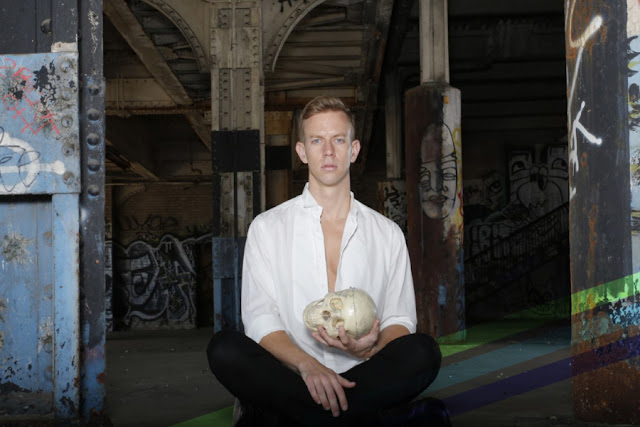 Hamlet (1868) by Ambroise Thomas was presented by West Edge to open their festival at the Pacific Pipe warehouse in Oakland.  The abandoned train station which was the venue for last season was recently condemned by the city of Oakland due to a recent fire that resulted in casualties.  This resulted in a scramble to find a new space.  I for one was not particularly happy with this.

In a nearby building were people preparing for Burning Man.  Somehow you knew that this was a Bay Area phenomenon.  They played very loudly amplified low pitched thumpy music throughout this performance.  It was like your stereo was malfunctioning and all you could get were the lowest notes.  I thought it was very annoying.  There were three large doors in our space which were kept open.  One faced the other space where the noise originated.  It seemed to me that closing this door would have gone a long way toward reducing the thump thump roar not composed by Thomas.

I could go into a rant here.  Not the right repertoire, etc.  I liked the singing but couldn't see very well.  What if the stage were in the center of the space?  I don't know if this would work. I very much regret having to give this a pan. 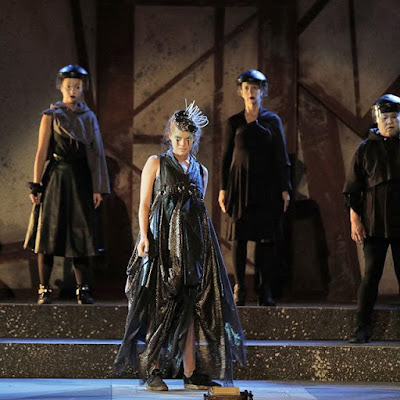