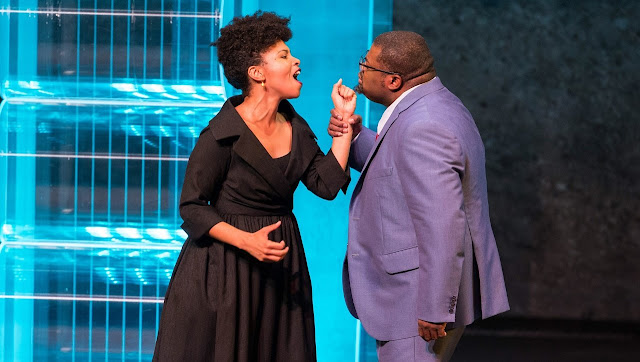 This is Mozart's La Clemenza di Tito from the Salzburg Festival in a staging by the American Peter Sellars.  I put letters next to the cast to show that most of the cast is black.  They are from everywhere.  I know what this would mean to Americans but am not sure how a European audience would react.  It would be difficult to persuade me that the timing of this was a coincidence.  All appear to be fine singers.  This is on medici.tv until November, and I see no titles.

When the opera opens the crowd of mostly white people are herded into a corner by army.  Some of the women wear head scarves.  Tito picks Sesto and Servilia out of the crowd.  This is such wonderful music.  How have I not known this?

There are Roman arches across the stage as the only reminder of the Roman Empire, but the costumes are all modern.  I read elsewhere that Tito is compared to Nelson Mandella.  This is rather more profound than I normally expect from Peter Sellars.  This is clearly a concept production, much more so than the Claus Guth from Glyndebourne.  Mandella, the great reconciler is evoked.  Clearly Sellars has changed it into a story of racial conflict and broadened the impact by placing it in modern South Africa and using black singers. 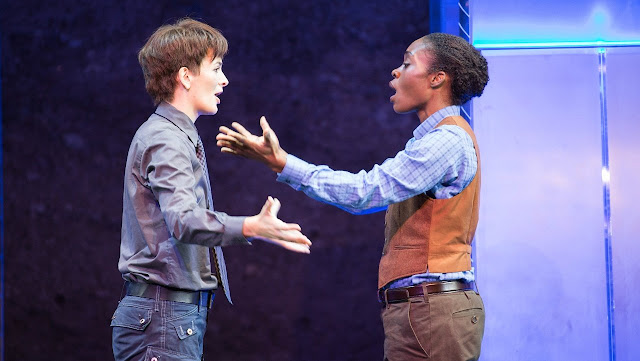 Sesto shoots Tito who does not die.  This is intensely serious.  A miracle could happen -- I could become a fan.  This is so brilliant I am truly amazed.  The timing couldn't be more right.  It goes to the top of my list of great Regietheater.

Annio sings a Kyrie for those who have died in the raid on the Campidoglio.  Jeanine De Bique's Annio was for me the best singing.  I liked Golda Schultz but thought she struggled with the low parts of her arias.  The use of chorus is spectacular and may truly be his area of expertise.  Russell Thomas raises Tito to new heights and then dies in the hospital.  Tutto perdono.  Are we ourselves so large?

This version has a sad ending which is achieved in part through the presence in this performance of music not originally in the score for this opera, music undoubtedly added by Peter Sellars.  One may feel free to complain.  The first clue came with the Kyrie sung by Annio.  He liked the singer and wanted her to have more to sing.  In part the tragic ending is created through the addition of serious music from Mozart's Great Mass in C minor.

I felt the brilliance of this interpretation long before the ending and therefore did not require this musical interpolation.