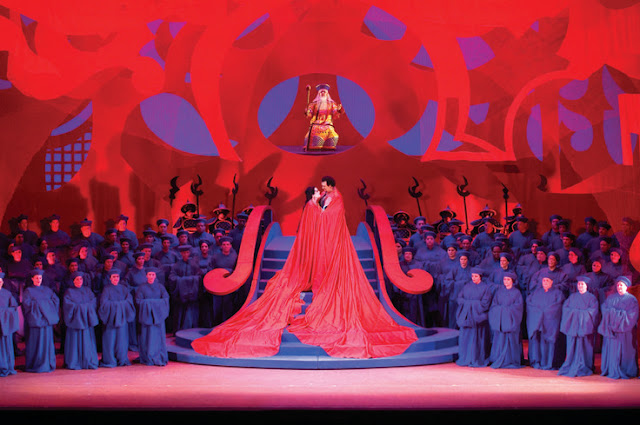 Puccini's Turandot played at the San Francisco Opera last night in the wonderful David Hockney production.  One of the reasons it's so wonderful is because it doesn't look at all Chinese.  Because the story isn't actually Chinese.  It should reasonably be regarded as a fairy tale.  I'm a sucker for the story, although I enjoyed it more before I could remember the answers to the riddles.

The chorus was particularly spectacular.  Brian Jagde seemed very intense.  With Turandot it is as much the spectacle one comes for rather than the fine details.  Let's just say it's one of the hardest operas to cast in the repertoire.