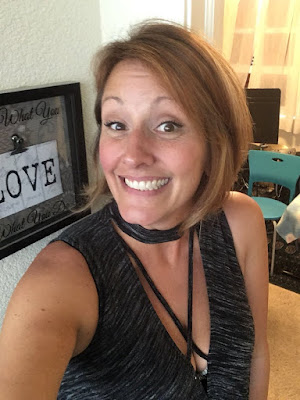 Just when you thought Carrie Hennessey had already done the most impossible recital you could imagine, she does something even more impossible:  Thirteen Puccini arias.  This was accompanied by Jason Sherbundy on the piano, played with the lid all the way up.  The recital is titled To Live and Die for Love, the Heroines of Puccini.

'O mio babbino caro' from Gianni Schicchi. This is Lauretta, and after declaring in this aria that she will jump off the Ponte Vecchio if she cannot have her true love, lives happily ever after.

'Signore, ascolta' from Turandot followed by 'Tu che di gel sei cinta' from Turandot. In the opera these are sung by Liu who commits suicide to keep Calaf's name secret.

We then were treated to three arias from La Bohème. 'Si, mi chiamano Mimi,' followed by 'Donde lieta uscì.'  These are sung by Mimi who dies of natural causes at the end of the opera.  'Quando me'n vo,' which is sung by Musetta who does not die.  Carrie wandered up and down the aisles trying to seduce us.  I think she was successful.

'Chi il bel sogno di Doretta' from La Rondine.  Doretta is not a character in the opera, and in her aria she only falls in love..

'Vissi d'arte' from Tosca.  Is it necessary to explain this?  She leaps off the Castel Sant'Angelo in Rome.

Intermezzo from Manon Lescaut came next.  The recital ended with two arias from Manon Lescaut:  'In Quelle Trin Morbide' and 'Sola Perduta, Abbandonata.'  Just before she dies in the desert of Louisiana Manon sings "I don't want to die."  There is, of course, no desert in Louisiana.

Carrie sings big and continued to sing big all the way to the end.  There was no encore and the pianist did all of the talking.  It is difficult to imagine doing something this difficult.  Tristan?  She is a lirico-spinto and avoided the dramatic roles of the ice queen and Minnie.

Carrie has followers who shout and scream.  This is fun.
Posted by Dr.B at 12:12 AM